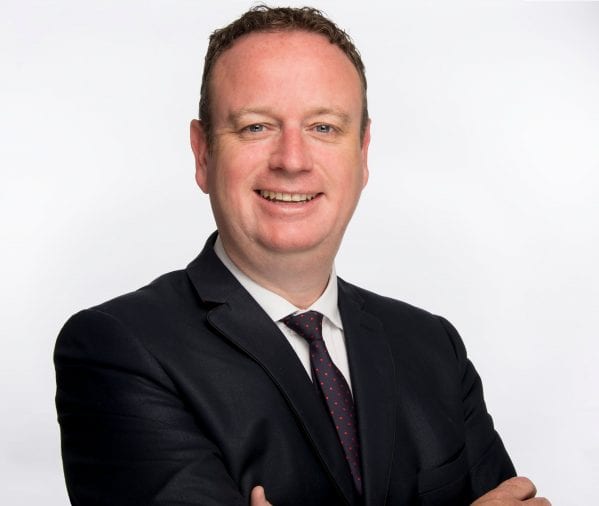 In a sign of growing unease among business leaders at the plans, which would only change licensing laws for ‘special events’, the head of the body representing the manufacturing industry in Northern Ireland echoed recent warnings from Hospitality Ulster, that the changes would not benefit local producers.

Stephen Kelly has warned that the suggested changes allowing ‘special events’ to sell alcohol for consumption off-premises wouldn’t benefit Northern Ireland’s local producers, distilleries and breweries and that the Department for Communities needs to look at more wide-ranging reform.

The Department recently launched a consultation on changing Northern Ireland’s licensing laws ahead of the British Open in Portrush this July. One of the changes that the Department is considering is giving ‘special events’ the legal right to sell alcohol for consumption off-premises, allowing event organisers to sell a wide and unrelated range of alcoholic products that have been produced in other countries, rather than using the opportunity to showcase our locally produced craft beers and spirits.

Stephen Kelly, Chief Executive of Manufacturing NI said: “Everyone wants the Open this July to be a huge success. It’s a fantastic endorsement of Northern Ireland that we’re hosting such a prestigious sporting tournament.”

“However, if the Department for Communities is going to start changing the law for ‘special events’, it raises the question of why changes can’t be made to support our local producers. Why is the Government only looking to make changes to benefit these big event organisers and ignoring our local businesses who are already under considerable strain?”

“We have some of the very best distilleries and breweries in the world here that attract tourists from across the globe. They visit to enjoy the experience, the atmosphere and see how their favourite products are made but then are told they’re not able to actually buy any of it.”

“If these changes are implemented, we’ll have the frankly baffling scenario where people can buy a bottle of mass-produced American whiskey at a sporting event but two miles down the road, our award-winning, world-famous whiskey distilleries aren’t allowed to sell a bottle of their product to those same tourists.”

“One suggestion that’s been made by the industry is the creation of a new licence category for local producers that would allow them to sell products they manufacture to people visiting their distillery/brewery and also at these ‘special events’. This would go some way to ensuring our local businesses are supported.”

“Amending our licensing laws is a really important step in promoting and supporting our growing hospitality industry and our incredible breweries and distilleries, but the Department can’t do this in a piecemeal way. Changes to our licensing laws should be wide-reaching, comprehensive and most importantly designed to support and benefit our local producers.”