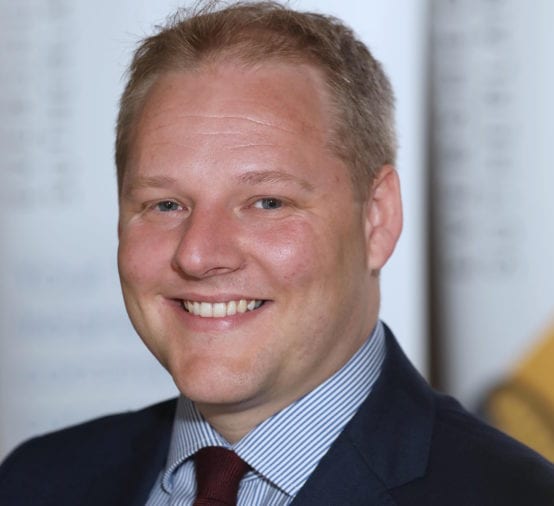 Last week I travelled to Amsterdam to take part in one of Europe’s leading real estate conferences. This was a fantastic opportunity to catch up with clients and colleagues from across the globe who we do business with, in Northern Ireland, writes Gareth Planck, Partner, Eversheds Sutherland.

CoreNet Global is the world’s leading corporate real estate professional association representing 11,000 executives in 50 countries. This year’s summit in Amsterdam between 10 – 12 September brought together more than 650 executives, making it the leading meeting place for professionals to shape the future thinking on the workplace itself. With 100 voices on stage over the three-day period, I was thrilled to be one of those voices, representing the Eversheds Sutherland team and advocating strongly on behalf of Northern Ireland.

Brexit, with all its potential twists and turns has felt inescapable and unending but despite this uncertainty, the corporate real estate industry in Northern Ireland has plenty to be optimistic about and it is important that our European neighbours recognise this.

This optimism was front and centre as Northern Ireland was presented on the world stage as a prime location for investment and a location which is leading the way in creating and fostering a workplace which delivers business success. Businesses expect a workplace where they can invent, inspire, lead and learn. The announcement of a £350 million City Deal, the first for Northern Ireland is a transformative deal which will bolster innovation, productivity and prosperity across the region and confirm Belfast as a global investment destination.

The transformation and regeneration which is taking place in Belfast is hugely exciting. The £500 million Tribeca Belfast scheme represents the largest single regeneration project in Belfast City Centre. This project will deliver 1,500,000 square foot of residential space, office units and retail and hospitality elements which will entice international operators into Belfast. Meanwhile, the multi-million-pound building project at North Street and Smithfield Market which has been given the go-ahead to be converted into a 260,000 square foot office and retail complex capable of accommodating 1,500 people is another catalyst for growth and attracting international investment.

On top of this, the superb new HMRC headquarters in Belfast City Centre represents one of the most significant office rental deals this year. Having agreed this lease in 2017, the new 104,220 square foot office space is due to open in 2021 and will accommodate 1,600 staff. While, the multi-million-pound investment in House of Fraser by Sports Direct and Citi headquarters achieving above the asking price of £34 million is evidence of the healthy levels of local deal activity.

It might have taken us longer to become a fully grown-up part of the European family but it is now clear, our offering here in Belfast and Northern Ireland is central and this global conference presented the ideal opportunity to solidify and promote the opportunities in Northern Ireland. While the intensity of the Amsterdam conference may have come to an end on 12 September, one thing is certain, the buzz created by the potential continued investment in corporate real estate in Northern Ireland will continue.