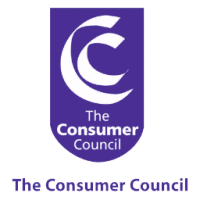 Asked how they were coping with the cost of living less than half (47 per cent) said they were keeping up with bills and financial commitments without difficulty.  Energy costs were the biggest concern (81 per cent), food came second at 63 per cent and petrol and diesel third at 50 per cent.  These results are not surprising considering the large price increases in energy and food since 2007.

Our snapshot shows that consumers do not have confidence that the ‘green shoots’ of economic recovery are going to make a discernible difference to the money in their pocket.

According to our findings consumers aged 35-54 are particularly worried about their ability to make ends meet now and in the future.  This makes sense if we consider 35-54 year olds are more likely than other age-groups to be paying for mortgages or rent and childcare, when incomes have been static or falling.

The Consumer Council now awaits Wednesday’s Budget announcement with Northern Ireland consumers’ concerns in mind.  We produce various price comparison tools, advice for consumers on getting the best deal across a range of markets, and resources to help them keep more money in their pocket, but consumers also need Government to recognise their concerns and to take strong action to ease the financial pressure they are under.

Free copies of all Consumer Council guides and resources are available from www.consumercouncil.org.uk or by calling 0800 121 6022.