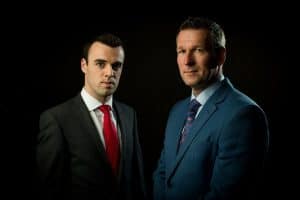 An independent study of engagement with Boards by companies in Northern Ireland has found that over one third (35%) of respondents are currently experiencing skills gaps on their Board, with 33% saying that they plan to recruit more Non-Executive Directors (NEDs) onto their Board in the coming months to tackle the issue.

The study was conducted by 4c Executive to mark its third birthday and the launch of three new specialist divisions within the business – 4c Boardroom, 4c Interim and 4c Third Sector. Respondents ranged from local charities to large PLCs with more than £500m turnover.

Respondents attributed a variety of reasons for recruiting NEDs, including gaining access to new contacts and networks, challenging their Executive team, assisting with strategy development, and improving corporate governance.

However, 4c Executive’s Founder and Managing Director, Gary Irvine, believes that a key driver for the recruitment of NEDs in the coming months will be the UK’s impending exit from the EU: “There is no doubt that the need for the expertise and leadership of NEDs will grow significantly as Northern Ireland companies contend with the many challenges and opportunities that exiting the EU will bring.

“As well as playing a vital role in ensuring effective corporate governance, NEDs can bring the high-level knowledge, experience and strategic outlook needed to drive the growth and financial performance of a business. Such a support network could prove invaluable for local firms negotiating the complexities of a changing business environment in the coming years as the UK prepares to leave the EU.”

Of the 81% of respondents that have a Board, 42% currently have no NEDs serving.  23% said they have one or two NEDs on their Board, with 15% reporting to have between three and five NEDs and 20% claiming to have more than six.

“Almost one third (32%) of respondents claimed that NED tenure on their Boards was over three years – i.e. ‘up to five years’ or ‘other’. This goes against best practice as recommended by the UK Corporate Governance Code 2014, which suggests that directors should be subject to re-election at intervals of no more than three years.

“The results reaffirmed that companies very much recognise the value that a specialist search provider could bring to their NED recruitment, with 85% claiming the access to talent that a provider such as 4c could bring as being a key selling point. Around a fifth of respondents (18%), meanwhile, recognised the importance of the greater experience that a specialist provider could bring and 28% said they would value the rigour of process that a firm like 4c would deliver.”

Gary Irvine explained that the launch of 4c Executive’s three new divisions is in response to a growing demand for the firm’s services and forms part of an ambitious growth strategy as it enters into its fourth year in business in Northern Ireland.

“When 4c Executive was established three years ago we set out to become the leading provider of true executive search services in Northern Ireland and I think we have definitely arrived at that point.  We been on a steady upwards trajectory every month since our inception and have exceeded all business targets along the way – having been retained to fill over 140 high-level assignments in Northern Ireland and GB in the past three years.

“Our core objective in the coming years will be to continue growing the excellent reputation we have gained for delivering an exceptionally high quality and professional service which exceeds our clients’ expectations at all times.”

Whilst 4c Boardroom will focus exclusively on the recruitment of Non-Executive Directors across the private and public sectors in Northern Ireland and further afield, 4c Interim will focus on recruiting interim senior-level executives to address a short-term need in a business. 4c Third Sector, meanwhile, will ensure that charitable and not-for-profit organisations can benefit from the executive search service that 4c typically provides, but without having to invest in the service in its entirety.