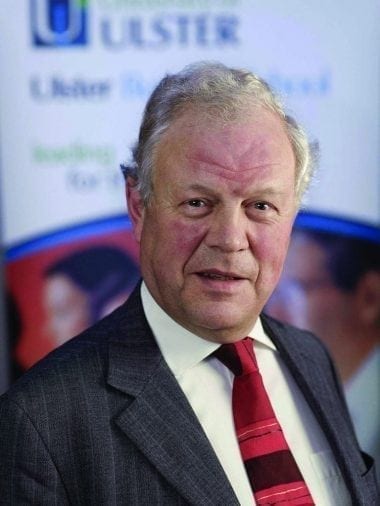 Social enterprises have become very fashionable. They are lauded, encouraged, wished for, highlighted and/or singled out for special support in many government programmes and strategies. For instance in the recent budget the Chancellor pledged to introduce a 30 per cent tax relief for investment in social enterprises. But, despite this increased interest in them, are they really understood?

What are social enterprises? They include many building preservation trusts, community organisations, co-operatives, enterprise agencies, heritage bodies like the National Trust, independent schools, professional associations, and university colleges. They are all businesses which operate with a social purpose.

Definitions of them abound but they do not all say the same thing. Some definitions include a long list of economic and social criteria indicating that social enterprises are organisations which are engaged in economic activity by providing goods or services, operating sustainably and employing people, while having democratic control and a clear social purpose into which they reinvest any surplus they make. However other definitions are much more limited and the only thing that many of them seem to agree on is that social enterprises have a social (or environmental or ethical) purpose, rather than a purely financial one, and that they don’t distribute profit to individual backers.

But even distributing profit is not absolutely prohibited as some definitions and some approved forms of social enterprise do allow it, albeit within limits. Why else would it be relevant to offer tax relief on investments in them?

Why have social enterprises become popular? It seems to be a bit like the sudden rise in interest in small businesses about thirty years ago when, at a time of rising unemployment, they were discovered to be net creators of jobs. Although economically active organisations with social purposes have been around for long time we haven’t had a clear vocabulary to describe them. It seems that, once we could label them, we started to notice them and to appreciate the significance of their contribution. A recent estimate is that, in the UK, organisations in the social economy employ around one million people and, while they generate plenty of other benefits, it was only when the size of their economic contribution, and in particular the extent of their employment, became apparent that they began to be valued.

But an interest in them, and incentives to explore them, does not mean that they are necessarily understood and misleading assumptions about them abound. For instance they are not ‘non-profit’ or ‘not-for-profit’ – two labels often applied to them. They need at least to break even if they are to survive so, because precisely breaking even is too narrow a target to be realistic, they have to aim to make profit to be sustainable, although they may call it a surplus. It is what they do with that surplus/profit which can be different, not whether they aim to make a profit or not.

Also they are not a new form of organisation. We have had non-government organisations operating economically but not primarily for personal profit for as long as we have had separate private and public sector activity. Many early schools were social enterprises – and some private schools still are although, at least in the UK, most schooling is now provided by the public sector. Nevertheless, many people seems to recognise or value social enterprises only as an alternative to the private sector – providing business services in a way which does not have the drawbacks of the supposedly money-fixated private sector – or, for those with a different political perspective, as a way of injecting some private sector discipline to the provision of services otherwise delivered apparently inefficiently by the public sector.

There is a third way of seeing them as existing in their own right as part of a sector which is neither the private sector nor the public sector, but is as essential to a modern mixed economy as the third leg is to a three-legged stool – but that does not seem to appeal to either extreme.

Social enterprises aren’t particularly easy to establish. Despite the hype their requirements for sustainability are no less onerous than for other businesses. Applying the label ‘social’ does not make them special, more acceptable and/or free from the need to manage their finances. Their social purpose may help them in raising the finance needed to become established, for instance if they can access grants which do not require interest payments or need to be repaid, but finding such sources is not guaranteed and, apart from that, they are just like other businesses in needing to generate enough income to cover their costs. They do not represent a unique way of starting businesses and generating employment in areas other businesses will not/cannot reach. They are not an all-purpose solution for other community problems and, despite having the word ‘social’ in their label, they are not a guaranteed source of the social capital sometimes prescribed as the missing ingredient.

Take the example of Facebook. Within the prospectus documents for Facebook’s flotation was a letter from Mark Zuckerberg indicating that the motivation for creating Facebook was not to make money but to accomplish the social mission of helping people connect to people – and that he still cared more for this mission than the business side. It has also been commented that Mark Zuckerberg actually paid himself very little for running the business, although he did make a lot of money from the flotation. Most businesses operate to make a living in a way which fits in with their community and separating those which are supposed to have social purposes from those which we suppose to be trying to maximise profits to distribute to individuals is artificial and misleading. Labelling them differently leads to them being viewed differently – and that is not justified or helpful.

Thus social enterprises are an important part of the way we live but they are not new. They are very heterogeneous but, unless they can rely on grants or charitable donations, they are not able to operate where other businesses cannot, and they are not magical – so we shouldn’t treat them as if they were. Or is the lure of a supposedly magical solution for some of our problems too strong? Do we therefore continue wishfully hoping that they have some sort of magical powers and that, if we stop believing this, they will lose them – rather like the threat to fairies in Peter Pan? “Every time a child says, ‘I don’t believe in fairies,’ there is a fairy somewhere that falls down dead.”