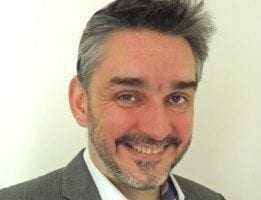 Golf tourism has been valued at some US$20 billion with over 50 million golf tourists travelling the world to play on some of the estimated 32,000 courses.

Northern Ireland is in a prime position to capture a larger slice of this lucrative market due to an excellent golf product in terms of courses and venues, the extremely high profile of the country’s top golfers, an ever-increasing portfolio of golf events and now finally the news that Royal Portrush will once again host the Open Championship.

The significance of what this can do for the image of Northern Ireland, our economy and tourism in particular should not be underestimated. Predictions of hosting The Open being worth £70 million to the economy are not far off the mark. Golf tourism is one of the most lucrative forms of tourism.

Compared to other types of tourists, golf tourists spend significantly more on their vacations (typically 2-3 times as much) and are a prime tourist market to target. It is not just the immediate impact during the event that will bring a huge economic dividend but the longer term tourism potential through the vast media coverage.

On a global basis, golf is the most watched sport on television. In terms of global audiences for sporting events, golf ranks at the very top eg. the Ryder Cup is watched on television by 1 billion people worldwide whereas a mere 260 million people watched the 2006 football world cup.

Northern Ireland has proven in recent years that it can host major scale events and this has included golf, where the 2012 Irish Open achieved record spectator numbers which were not a great deal lower than the figures for some of The Open Championships.

One of the key differences this time is that The Open will bring a much higher percentage of overseas international visitors to our shores and the media coverage will be even higher and further reaching.

Golf’s Open Championship will showcase Portrush and Northern Ireland to the world and particularly if we embrace it with the same spirit and welcome that was so evident recently for the Giro d’Italia then we can accomplish something truly special through this incredible opportunity.

Dr Peter Bolan is a new contributor to Business First magazine. You can read his article on Film Tourism in the July issue and a more detailed version of this article in the September issue. Please click here to read the most recent issue of Business First Magazine