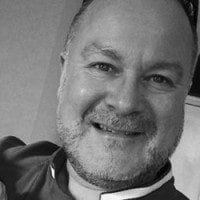 Being the most westerly part of the European Archipelago we here in Ireland (both jurisdictions) have developed our own way of doing business that is largely driven by cost that holds scant regard for ethics or sustainability of the product or material.

Hold that thought and then consider how much there has been in the media of late about Modern Slavery, where, here in Ireland (both jurisdictions) there are recent examples (and court cases pending) highlighting that slave labour is prevalent on our doorstep. Even our very own William Crawley on his Sunday Sequence programme of 24th August inst. on Radio Ulster did a set piece dedicated to the issue of modern slavery and ethics for business and individuals.

As such I welcome the UK Governments introduction of the Modern Slavery Bill (and look forward to seeing Dáil Éireann introducing similar soon). I welcome any Government commitment to eradicate the abuse and exploitation of workers, both in this country and globally. I congratulate the present HMG in its ambition to be a global leader on this issue and await the Dáil following suit.

Let’s no longer kid ourselves: modern slavery is a growing phenomenon and it is one of the worst human rights violations that persist today. Working with the Ethical Trading Initiative I know that it is a complex problem that is often most prevalent in lower tiers of business supply chains, where visibility and leverage for change are very limited.

What the heck is the Ethical Trading Initiative (ETI) I hear some ponder? Well ETI is a leading alliance of business companies, trade unions and NGOs that promotes respect for workers’ rights around the globe. My business is an achiever status member, and we collaborate with other corporates, as well as the major global trade union federations and large NGOs such as Anti Slavery International to practically implement practices that help build a world where workers are free from exploitation and discrimination, and work in conditions of freedom, security and equity.

First, I would like to see a clause in the Bill that calls for transparency in supply chains. You see I believe smart legislation that requires companies to be transparent about the steps they are taking to address modern slavery, bonded labour or child labour in their supply chains would go a long way to help reverse the growing phenomenon of abuse and exploitation of workers in supply chains.

It would also help businesses – particularly high street retailers and brands – by creating a level playing field. It could create positive competition to improve practices to end modern slavery, bonded labour or child labour by providing the public and the market with information about the steps Individuals or their Business are taking to address modern slavery.

The legislation I suggest would not require companies to take any specific action to combat slavery within their business, however it would require businesses to provide an accurate picture of the measures that they are using to address risks of slavery, bonded labour or child labour in their supply chain.

Second, the Gangmasters Licensing Authority (GLA) is an example of an effective body that UK industry helped establish to manage and mitigate risks of slavery in the food and agriculture sector. I would like to see this model extended to other high-risk areas such as construction, fisheries, apparel, care and hospitality.

Voluntary initiatives and partnerships can play an important role in improving standards and tackling modern slavery, bonded and child labour but they rely on effective and strong regulation to underpin their efforts. In the food & agriculture sector where there is an effective licensing, investigation and enforcement system by the GLA, there are far fewer cases of modern slavery and where it is found, there are clear mechanisms to address it. In other sectors, the risks of modern slavery, bonded labour and child labour are high and the problem is growing.

Without an effective regulatory system in place, any voluntary efforts and good practice will have limited effect. I do not have the power – nor is it my remit – to investigate, prosecute and ensure appropriate legal protection for victims of forced labour. I know we can and must do more to prevent modern slavery, and the media are increasingly highlighting abuse with the public increasingly demanding that more is done. But none of us can do this effectively without regulation and appropriate cross-departmental support.

Third, alongside my and ETI efforts to take responsibility for policies and actions on modern slavery, bonded labour or child labour in our global supply chains, I would like HMG and the IG (when they introduce their own Bill) to assure that there will an independent Anti-Slavery Commissioner with appropriate power to monitor the legislation, ensure compliance and take action where necessary. He/she should have oversight of all government departments, relevant authorities and agencies and hold them to account in protecting citizens and workers from modern slavery, bonded labour or child labour with remediation and support to victims. It is also important that the Commissioner should be able to determine his/her programme of work.

I strongly believe effective partnerships between government, the private sector, public sector, civil society and trade unions are critical – each playing their part with clear roles, responsibilities and accountability for identifying and acting on the growing issue. I stand ready to work with anyone to ensure the Modern Slavery Bill here on the Island of Ireland sets a global example that others can choose to follow. As individuals, please stand with me: demand an ethical supply chain for the goods you purchase.

Footnote by Editor: Glenn Bradley, today, is an international businessman committed to evolving ethical trade. He works with ETI in programmes of implementation across the Globe which help improve conditions for workers who manufacture goods to the Irish and British consumer markets.