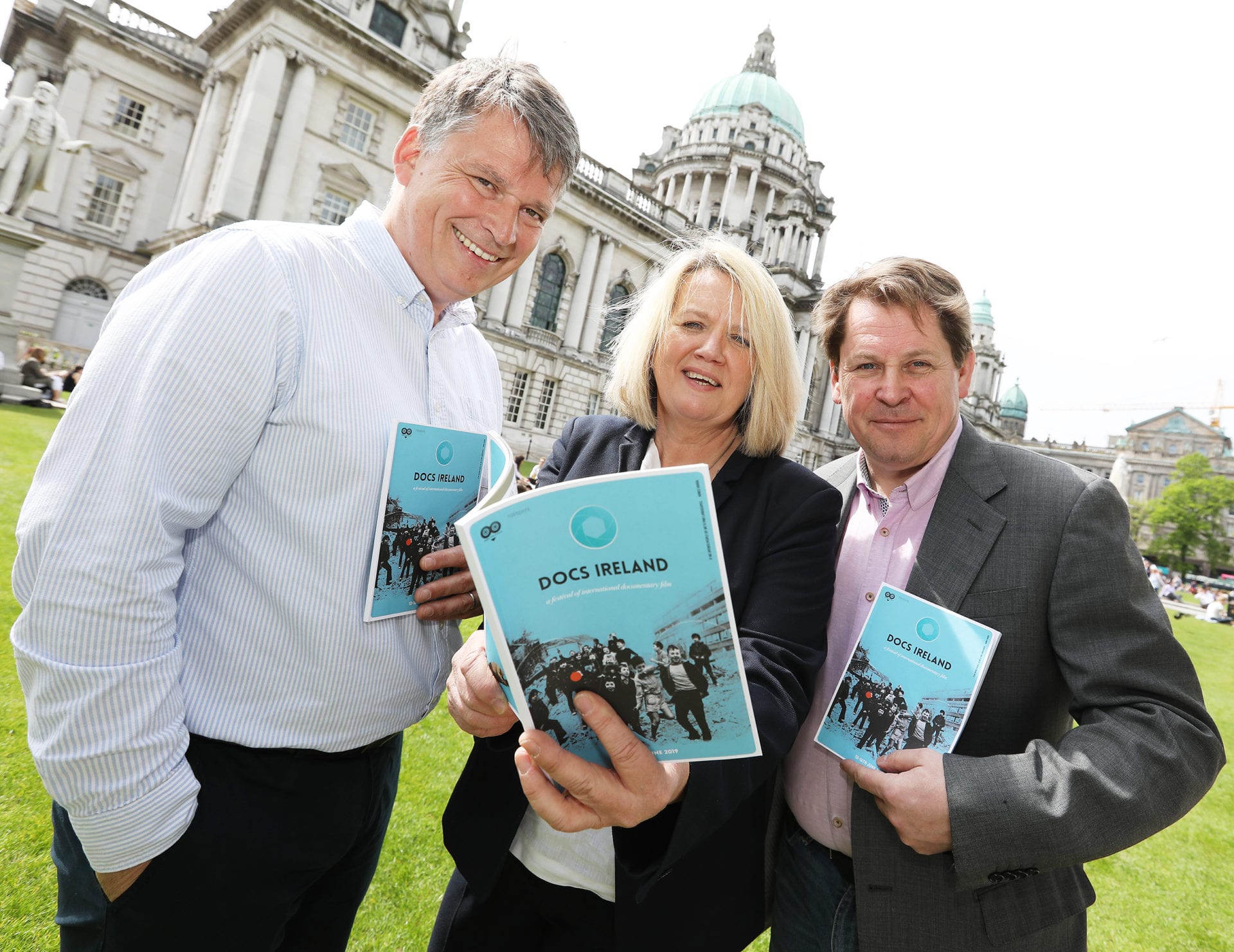 This week, Docs Ireland, the first ever industry focused, all-Ireland international documentary festival will kick off right here in Belfast, running from 12 – 16 June. Not only will we welcome some of the most gifted directors and producers to celebrate their art form, in a host of premieres, but we will also attract the film making supply chain, says Michele Devlin, Belfast Film Festival

Investors, financiers and the business leaders of the sector will arrive in Belfast from around the world as the city plays host to a marketplace, where the business behind documentary filmmaking will be done.

This is the first time ever that Belfast will be the focal point for this lucrative industry with executives from Dogwoof, The Kennedy/Marshall Company, USA PBS, and some of Europe’s most sought-after production companies visiting our city to meet the talent, source and chase deals.

Figures published earlier this year by the British Film Institute show that in the UK and Ireland in the past year there were 177 million cinema admissions in 2018, a rise of 3.7% on the previous year. A growing number of these admissions are to see feature documentaries.  This is a flourishing industry and we have a highly skilled workforce here, with some of the most talented people in the world.

There has never been a more profitable time for the documentary format. The success of documentaries like, No Stone Unturned and Gaza at international flagship festivals like Sundance and HotDocs have proven that.  Cinemas are full of people going to watch feature documentaries on the big screen and streaming platforms like Netflix, Apple TV and Amazon Prime allow them to be watched on demand at home. The appetite for good documentaries from all quarters is voracious and there is a global demand for stories that expose cover-ups, give us first time insights to interesting people or document extraordinary events.

We only have to look at creative companies such as Fine Point Films, Erica Starling and Doubleband who are producing and delivering some of the highest profile documentaries on an international level. Documentaries like ‘Rocky Ros Muc’ and Oscar longlisted and IFTA winner ‘Elian’ which was nominated for a News & Documentary Emmy Award is the sort of success we want to show off – to bring together buyers with producers and directors who will start arriving in the city today.

This week, the team at Docs Ireland will create the platform for the international market to be exposed to filmmakers from across the island of Ireland, as the bright lights of the industry meet, collaborate and forge new business relationships. More than fifty big names in film will be in town to see what the local sector has to offer as an industry.

There is already anticipation from industry insiders about our filmmaking abilities, our rich heritage in storytelling and our developing reputation for delivering ground-breaking and highly successful documentary work.

We look forward to welcoming everyone here to Doc Market and providing a marketplace conducive to doing deals.