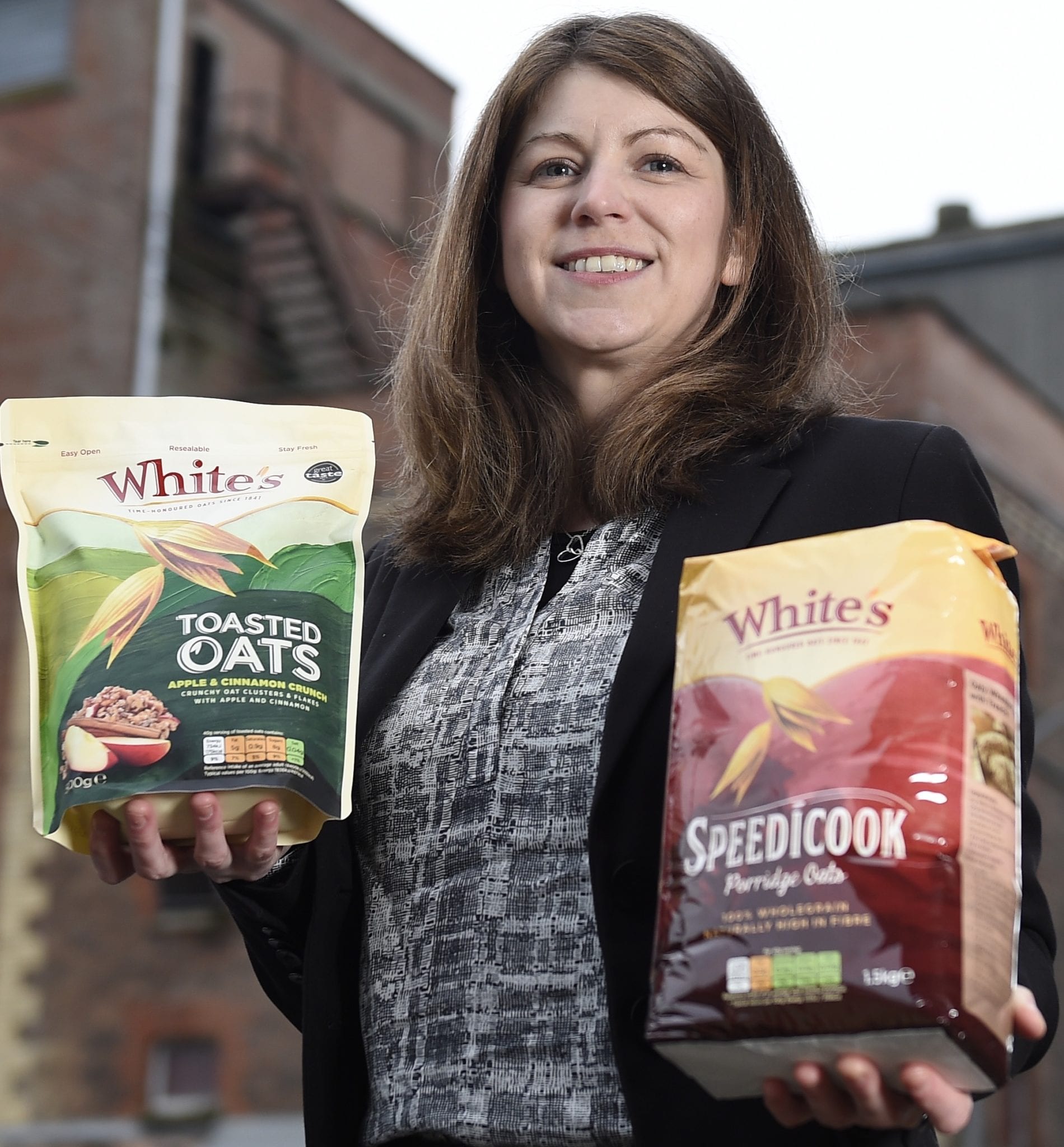 Northern Ireland’s White’s Oats, a leading UK porridge and oat cereal brand, has gained a listing from Aldi in Great Britain for its Toasted Oats, Apple and Cinnamon Crunch product for over 800 stores, writes Sam Butler.

Based at Tandragee in county Armagh, White’s has started supplying the product, in 500g packs, to Aldi in one of the biggest deals it has secured in Britain. The company, part of Fane Valley Group, has been milling oats, sourced mostly Northern Ireland farmers, for 178 years.

White’s, best known for its iconic White’s Speedicook Porridge Oats, is the market leader within Northern Ireland and a major supplier to retailers in Great Britain, the Republic of Ireland and other international markets. White’s Toasted Oats cereals rank within the top 10 selling granola and oat cluster products.

White’s has been a supplier to Aldi in the Republic of Ireland for over 10 years and more recently started supplying porridge oats into Aldi GB. This most recent listing will strengthen White’s efforts in introducing new consumers to the brand outside of its domestic market.

Danielle McBride, Brand Manager of White’s Oats, commenting on the latest deal with Aldi, says: “Our partnership with Aldi has developed over the past decade resulting in significant growth and creating the opportunity to introduce our White’s brand to Aldi shoppers for the first time, via our award-winning Toasted Oats product.”

“We are confident that the taste and flavour that consumers have come to love will resonate with Aldi GB shoppers. This an exciting channel for us and we hope this will be the first of many new listings for White’s in Aldi GB,” adds Danielle McBride.

White’s was founded in 1841 in Tandragee, county Armagh, Northern Ireland by Thomas Henry White who came from a family of millers. White’s soon established itself as a reputable force in the oat milling industry, which enabled it to establish a strong reputation as an innovative and pioneering spirit. This was evident in the first patented wafer oat in late 1800s followed by the launch of Speedicook Porridge, a quick cooking flake in the early 1920s and which went on to became a trusted household name and a market leading porridge brand.

White’s, which in 2016 celebrated 175 years of milling, now has an annual turnover of £12 million, processing 26,000 tonnes of oats every year.  It is Northern Ireland’s only porridge and oat cereal producer and Ireland’s largest oat miller. But the company also has a global profile, marketing its products throughout Great Britain, Malaysia, Singapore, Hong Kong, UAE, Spain, Russia and China.

White’s is part of Fane Valley, a local farmer’s co-operative, and works with a network of 30 local growers, some of whom have been supplying White’s with oats for three generations.

Danielle McBride adds: “It is the strength of our partnerships with local farmers that allow us to continually produce quality, award winning porridge oats and oat based breakfast cereals.  In addition, we have a growing network of organic oat growers outside of Northern Ireland. We are now developing strong partnerships with British organic farmers.

“Our milling process is unique in that it gives the oats a special character in terms of taste and texture, delivering a distinctively nutty texture and creamy taste – resulting in numerous Great Taste Awards from the Guild of Fine Food over the years.”

The company has received assistance from Invest NI towards the development of the business and the international marketing of its products.