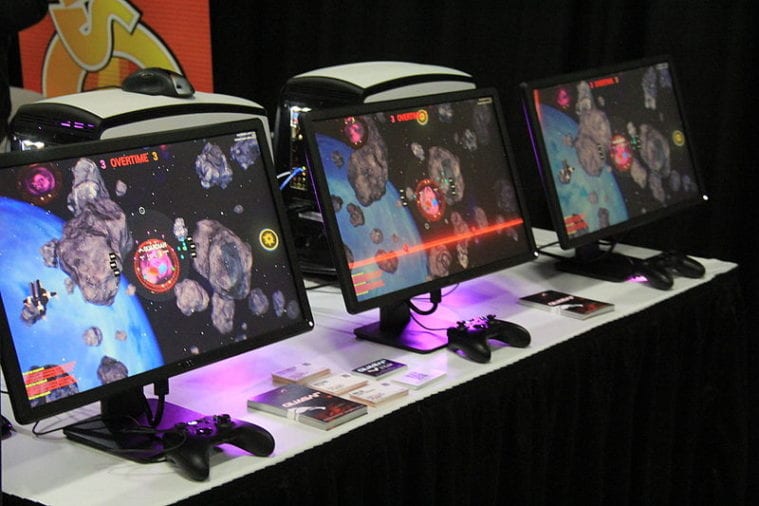 Games are everywhere. People play casual games on their phone, esports are trending with giant prizes for winning, and we play games on consoles and computers in our homes. The gaming branch of the entertainment industry is growing, as the next generation grows up with more digital platforms and devices to entertain and game on. With more innovations in tech and the push to make games look better and run faster, it seems that the gaming industry is only going to grow. But how much does the gaming industry bring in worldwide? It’s a lot more than you think, and it’s only going to get bigger from this point forward, with new devices in the pipeline to make gaming even better. Let’s dive in a take a closer look at just how much each branch of the gaming industry makes annually worldwide.

It’s very likely that you’ve heard of this side of the gaming industry recently. Plenty of news sources have been talking about esports as of late, especially when it comes to the prizes on offer at the pro tournaments. Games like Fortnight, League of Legends, Overwatch and Counter-Strike all offer huge winnings to those who are good enough to win these battle style games. However, beyond the multi-million-dollar prizes, this branch of the industry brings in sizeable sums to the tune of 897.2 million USD for 2018, and 1.1 Billion USD so far for 2019. With large competitions that are much easier to watch, due to companies like Twitch that live-stream esports, it’s easy to see why this industry is bringing in so much revenue. Mobile games are everywhere. Recently, Pokemon Go, developed by Niantic, has caused quite a stir with its augmented reality (AR) gameplay and added to it has been the highly anticipated Wizards Unite based on the Harry Potter series by the talented J.K. Rowling. Beyond this revolutionary style of gameplay, there are also online games that can be played on mobile devices, tablets, or computers. Because this is so popular, it brings in a giant amount of revenue.

While not as accessible as mobile and online gaming, the console or video game industry is still very popular. With a push each year to release new games to various console devices like Playstation or Xbox there’s always a new game to get excited about. Just recently this year, Nintendo announced a sequel to The Legend of Zelda: Breath of the Wild for their switch console, and the highly hyped Hideo Kojima Death Stranding game has finally gotten a release date for late 2019. Events like PAX and E3 ensure that gamers will stay excited about new games that are set to be released, along with new consoles like the Playstation 5 and the portable, Nintendo Switch Lite. There are other concepts that are still in the works for VR that will make playing video games even better.

Because of the push to stay relevant and develop new tech for gaming, the video game console industry brings in quite a lot. With 41% of global console sales to Sony PS4, 25% of console sales to Nintendo Switch, and 17.5% to Xbox One it is clear why there’s such a push to be the best and stay on top of development. At a substantial 6 Billion USD projected worth for 2019, it holds its own as a viable part of the gaming industry.

Because of the popularity of tech devices and the need for entertainment, it’s easy to see why the gaming industry is doing so well and bringing in so much revenue. With tech like VR getting better and better, it will only be a matter of time before there are more shifts within this multi-billion-dollar industry that is projected to generate an astonishing 152.1 Billion USD for 2019. The overall outlook is only projected growth as more and more people have games that are more accessible, faster, and visually appealing.