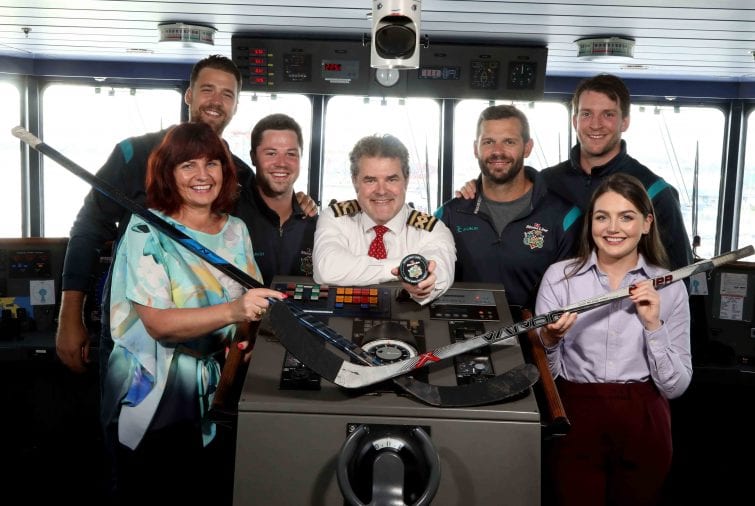 Stena Line Belfast Giants have been announced as 2018/19 Elite League champions for the fifth time, and to celebrate this achievement, title sponsor, Stena Line is offering one lucky super fan free travel by car for every away game next season.

The ice hockey champions finished the Elite League season on 92 points with a record 45 wins in 60 games and went on to secure their title victory thanks to achieving more regulation wins than the Cardiff Devils who also achieved 92 points.

Leading ferry company Stena Line has been title sponsor of the Belfast Giants for eight successive seasons and is giving one lucky super fan free travel worth up to £7000, for a car and 2 adults from Belfast to Cairnryan or Liverpool for every away game*. All fans have to do is answer the following question and email their answer to [email protected] by 10 May 19.

“Which player scored their 50th goal of the season in their final home game ahead of retirement on Saturday April 6th?”

Orla Noonan, Travel Commercial Manager (Irish Sea North) at Stena Line, commented on the recent achievement:  “We are thrilled that the Stena Line Belfast Giants have been crowned Elite League Champions once again with such an impressive record of wins. Our continuing partnership is proving very successful and fans of the Belfast Giants have become renowned for their passion and loyalty, so it is fitting that we should run a competition to offer something back to the enthusiasts that support the team all year round.

“Both Stena Line and The Giants continue to be leaders in their field and we are very proud that our brands have similar values that resonate with a mutual audience,” Orla added.

Mark Brooks, Commercial Manager at Stena Line Belfast Giants said:  “We are ecstatic to have reached the top of our game once again and have had Stena Line supporting us throughout the last eight seasons both in transporting the team to and from their games and cheering them on.

“We have now secured a place in the PredictorBet Playoff Finals weekend at the Motorpoint Arena in Nottingham on April 14th thanks to defeating Coventry Blaze 12-2 on last weekend and I would like to extend a huge thank you to Stena Line and our incredible fans who show us so much loyalty and dedication throughout the season.”

*Terms and Conditions apply. Bookings will be subject to the availability of concession space. The travel is only valid for Belfast Giants away games between September 2019 and April 2020. The prize is not transferable under any circumstances and no cash alternative will be available.