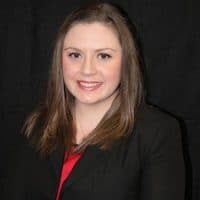 In the UK, a company limited by shares must adhere to Parts 17 to 22 of the Companies Act 2006 which provides statutory provisions in respect of a company’s share capital.

The information relating to the company’s share capital must be stated in its memorandum of association, which will also include the following information:

The share capital of a company can be made up of more than one class of shares, such as ordinary, preference and deferred shares. Different share classes may be established to differentiate rights between shareholders such as voting rights and rights to dividends.

The division of the class of shares is recorded in the articles of association and the rights attached to a particular class of shares are also either contained in the company’s articles or in the terms on which the shares were issued.

Section 629 of the Companies Act 2006 states that shares are defined as belonging to a certain class if the rights attached to them are the same.

Therefore, shares will only be of a separate class if the rights attached to them differ from those attached to other shares in the capital of the company, as opposed to simply having a different name of share class.

This provision can be included in the adopted articles of association on incorporation, or added to the articles post-incorporation by way of a special resolution.

Whereby the company is incorporated on or before 1 October 2009, restrictions on the authorised share capital as stated in the company’s memorandum of association can be amended or removed by one of the following methods:

Companies must file a statement of capital with Companies House in the UK on each of the following occasions:

Parts 17 and 18 of the Companies Act 2006 state that a company limited by shares may amend its share capital in any of the following ways:

With over 30 years of experience in company formations, compliance and company secretarial services, Pearse Trust is uniquely qualified to assist you in all your corporate governance requirements. Give us a call today to discuss how we may be of service to you. Call Jennifer on (44) 207 421 7733 or email [email protected]