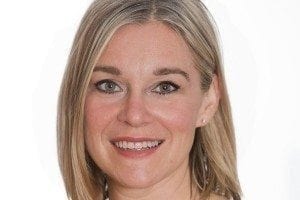 Just this week a couple were fined £100 by a hotel in Blackpool.

Clearly the hotel had come up with a novel way to prevent bad reviews – they had a policy in place and fined the guests directly to their credit card.

It’s certainly an extreme example and obviously not particularly effective, but it demonstrates the lengths companies go to in order to protect their reputation.

In today’s online era, everyone has the opportunity to be a critic and everyone who uses a business or service has an opinion – whether this is positive or negative, or indeed, right or wrong.

The problem is the facelessness of the online world: as a critic hiding behind a keyboard or smartphone, you have no accountability for the impact of your review on the business in question. Simply leave your feedback and walk away.  Would you be so bold if you had to deliver your review directly to the Manager’s face?

How can businesses manage and indeed protect their reputation?

This is at the heart of PR: reputation is hard-won and it must be fiercely protected.

Every company depends on its reputation to survive and one seemingly minor episode can rapidly become bigger than could ever be imagined (Asher’s Bakery). The power of the public voice is now louder than ever.

Perhaps a more positive example was the stunning retort given by Belfast’s Hudson Bar after a customer complaint about its “oppressive bouncers” and allegations of customers doing drugs in the toilets. Embracing the spirit of their customers, the Hudson immediately gave a Facebook apology, blaming the issue on the pressures its bouncers were under whilst simultaneously running a drugs cartel in the face of threats from “the ****ing Columbians”.

The customer’s criticism of the Bar’s sound system were bounced back by an explanation that since the speakers were being used to stash the bouncers’ drugs this was muffling the “aural experience”. They said that the problem was currently out of their hands as the bouncers had had to employ a “fire-breathing dragon” to protect their patch.

This tongue in cheek approach seems like a better way to deal with an issue than hitting them in the credit card. It won positive attention online and offline and attracted flocks of new customers full of respect for the Hudson who presumably headed there to sneak a look at their dragon.

Going back to last Christmas, restaurant Made in Belfast in Talbot Street made massive efforts to accommodate their full house of festive party-goers at their other premises near the City Hall when faced with a bomb threat in the Cathedral Quarter. One customer wrote to complain that the new venue was “lacking in atmosphere”. The manager bravely posted both the plainly unreasonable customer complaint letter and her response on Facebook and once again, earned huge respect and new customers and the ungrateful complainer was dismissed without trace.

Simply put: your customers must be at the centre of your business.

Know them, love them and understand their needs; see your business from their side of the counter and you’re likely to be on the right track. Ok, so everyone likes to have a moan, but above all else, always BE REASONABLE.

So, what do you do when everyone’s a critic and social media provides an accountability-free platform for every opinion and complaint?

It is essential to monitor both offline and online channels. If people are talking about you, you need to know about it.

Respond appropriately to any negative feedback. Deleting the comment or ignoring it will only make the situation worse. Make sure your response is not rash and don’t make it personal. Control the message through reasonable and consistent messaging and wherever possible, take it offline to resolve.

Underlying all of this must be the commitment to deliver excellent customer service whatever your business – if your product or service really does suck, the masses will devour you online and you’ll be sunk.

Finally, be proactive and take control. Some of the best known companies in Northern Ireland are those which have built up their excellent reputation by establishing themselves as experts in their field, celebrating their successes, showing their commitment to their staff, promoting their business development or their engagement with the local community.

It is essential that your reputation is in your own hands and you must do everything in your power to protect it. If someone else takes control of your reputation, you’re heading for trouble.