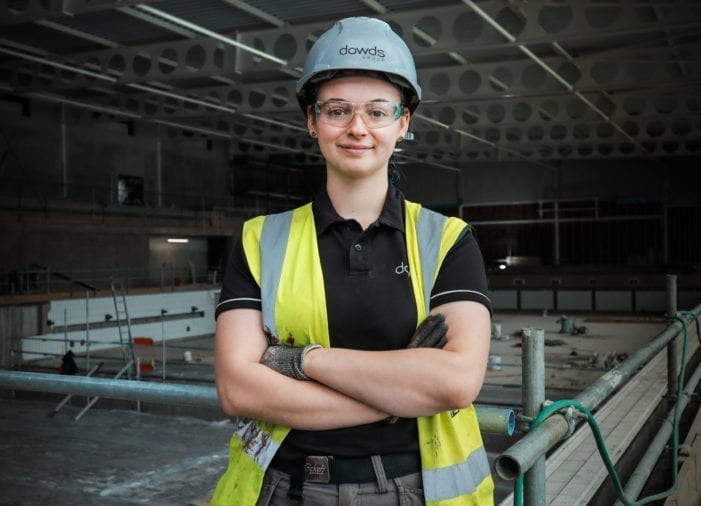 Some of Northern Ireland’s top apprentices and learners will be going for gold next week at the prestigious WorldSkills UK LIVE finals – the ‘Olympics of vocational skills’.

A contingent of Northern Regional College students fought off stiff competition, battling through the fiercely competitive inter-campus and regional qualifying rounds to secure their place, with the original entry of over 3,000 whittled down to just 500 for the national finals.

The finals are at the heart of WorldSkills UK LIVE, the UK’s largest skills, apprenticeship and careers event which takes place from 21 – 23 November at the NEC, Birmingham. Competitions are run in 70 different skills across the Digital, Technology, Engineering, Construction and Hospitality industries and finalists have to complete a set task in their respective skill area within a limited time in front of the 70,000 plus visitors attending the event.

The Northern Regional College finalists who have qualified in eight different skills areas are from across the College’s six campuses.

Northern Regional College has a proven track record at WorldSkills UK LIVE finals. Last year, Aghadowey student Samuel Gilmore was named UK Champion for Carpentry. He has since gone on to be crowned Europe’s Best Apprentice at the European Alliance for Apprenticeship Awards, held in Helsinki in October. In 2017, former Foundation Degree student, Rory McCloskey from Antrim, was a gold medallist in Computer Numerical Control (CNC) Milling.

Congratulating the students and their lecturers on reaching the national finals, Professor Terri Scott, Principal and Chief Executive of Northern Regional College, said: “The students competing at WorldSkills UK LIVE are shining examples of the skills and talent inherent to our young people at the College. What they have achieved so far is a reflection of their commitment and dedication to their respective career paths and I wish them every success in the national finals.”

She said the students and their lecturers all deserved great credit for qualifying for WorldSkills UK LIVE: “I can’t impress the scale and scope of the finals enough – they really are the equivalent of the Olympics for experiential learning and apprenticeships. It is a true delight to see so many from the College compete at such a high level.

“Many students recognise that the traditional academic route is not for them and choose an alternative route to success by pursuing pathways in trade-based careers through apprenticeships and other training opportunities at the college. These students are testament to the high level of success that can be achieved in any subject when their hard work is fostered in a caring, encouraging and supportive environment.”

“At WorldSkills UK we work to accelerate the development of young people’s skills from national to world-class standards. We’re creating a new generation of high flyers that give UK employers a competitive edge.”