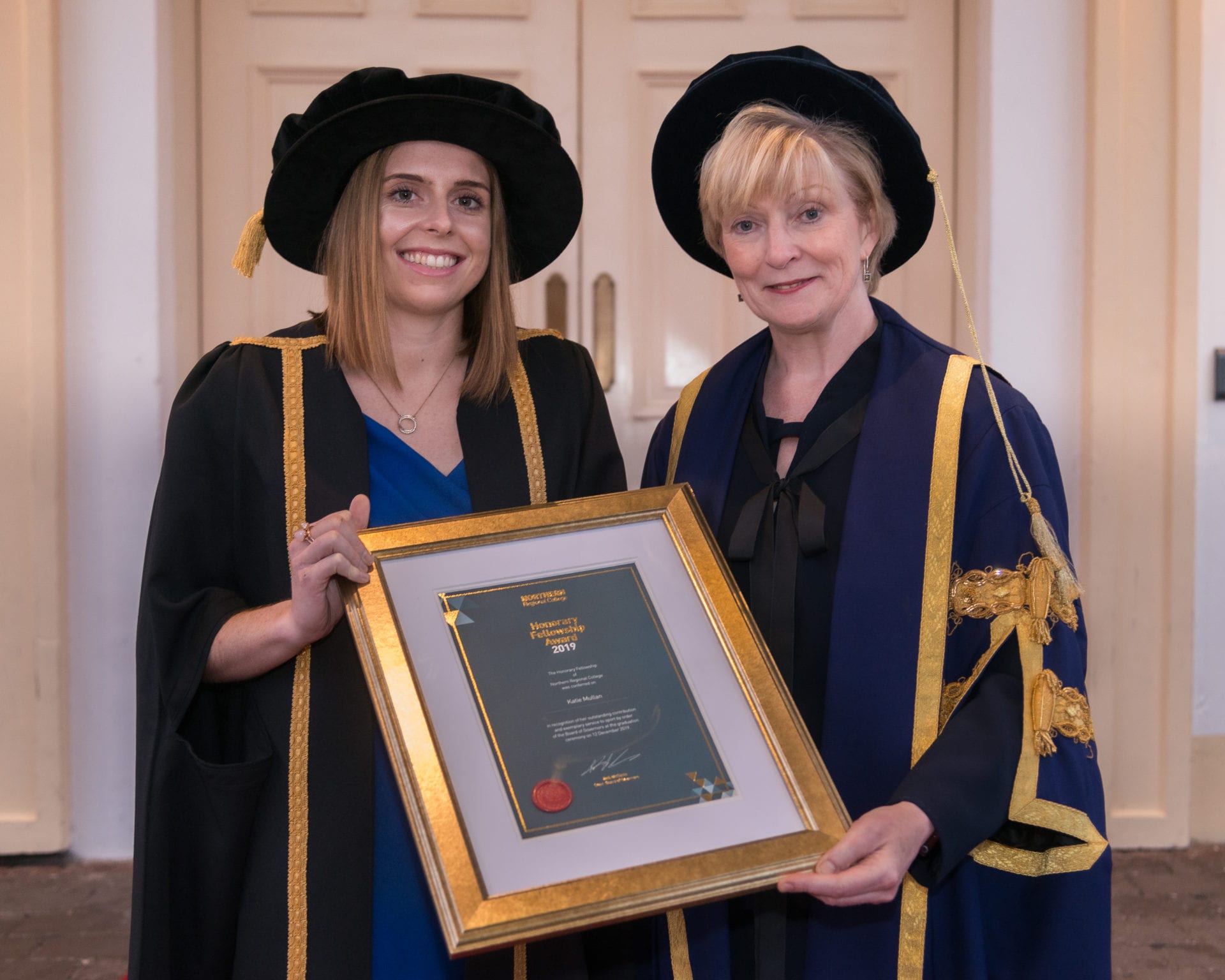 Katie, from Coleraine, is one of four individuals to receive the honour who have had an impact upon the College and the local community.

With her love for the sport beginning at a young age, Katie rose through the junior and senior ranks before reaching a landmark 100 caps by the age of 22.

In 2018, Katie made history when she captained her team to the Women’s Hockey World Cup final, where they picked up a silver medal. Having led the Irish team to their highest ever world ranking, she is now firmly focused on the team preparations for the Olympic Games in Tokyo next summer.

Whilst her sporting career has taken her all over the world, Katie remains true to her roots and has recently returned to her local hockey club in Ballymoney as a coach.

Off the pitch, Katie is a strong advocate for women in sport and has called for enhanced funding for female sport to regress the balance with male counterparts.

Katie said: “I am delighted to have received an Honorary Fellowship from Northern Regional College. It’s a real honour and I hope that it may inspire young women to get involved in sport.”

Professor Terri Scott, Principal and Chief Executive of the College, said: “Northern Regional College values equality and endeavours to promote women in sport, of which Katie is a strong advocate. She is a fantastic role model and her achievements in sport are truly outstanding.

“Katie’s determination and drive are something to be admired and we wish the Ireland Women’s hockey team all the very best at the Olympic Games next year.”