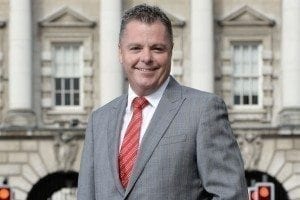 Over a third of small businesses in Northern Ireland are adversely affected by late payments, a recent survey has revealed.

Of those businesses that have experienced problems due to late payments, half said that it impacts on their day-to-day cash flow management and a further quarter said it has meant they have had to rein in necessary spending.

The figures come from the latest Close Brothers Business Barometer, a quarterly survey that canvasses the opinion of business owners and managers across Northern Ireland and Great Britain.

Managing Director of Close Brothers Commercial Finance, Harry Parkinson said: “This increasing debt burden is a worrying situation for small firms. Of the businesses we spoke to that are facing problems due to unpaid invoices, 63% say that they are owed more than £20,000.

“This is constricting their cash flow and the knock-on effect is that it prevents them from being able to pay their suppliers on time, thus creating a vicious cycle.”

Mr Parkinson continued: “It’s a situation that needs to be addressed, and alternative funding methods such as invoice and asset finance present a solution.

“Invoice finance works to bridge the gap between raising an invoice and receiving payment. We are actively working with local firms to raise awareness and ensure that they have access to the guidance and funding they need to manage their cash flow and make the most of the assets they have at their disposal.”

The survey also revealed that a fifth of firms in Northern Ireland spend more than ten hours a month chasing unpaid bills.

“Further to the debt burden, there is the additional cost of time spent chasing up late payments. Time is often a manager’s most precious asset so it is important to make the best use of it. Invoice finance can help mitigate the time spent chasing payments and laborious month-end reconciliations.

“I encourage small businesses, particularly those who are suffering under the pressure of late payments, to reassess the funding they have in place to make sure it’s appropriate to meet their needs,” Mr Parkinson added.