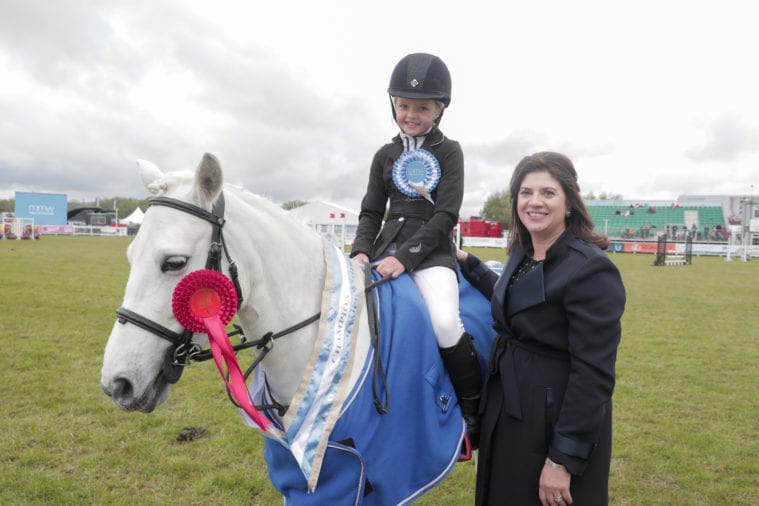 The Balmoral Show returned for another successful year last week, as one of the largest events in the Northern Ireland Agriculture calendar, with more than 100,000 people in attendance. The event took place from 15th– 18th May 2019 with a total of 650 trade stands, and 3,500 livestock competing throughout the event.

Leading, full-service law firm, Millar McCall Wylie, continued to show its support for equestrian talent in Northern Ireland as it sponsored the Under 10 Show jumping Championship at Balmoral, for a third successful year. The competition took place on Saturday morning, in the Main Arena and proved to be extremely popular with visitors.

This year’s Championship was a highlight of the show. With some fierce competitors involved, the equestrian talent displayed by the young riders was extremely high. Spectators watched eagerly to see who would take away the number one spot.

With competitors having qualified not just from Northern Ireland but from all over Ireland, Millar McCall Wylie recognises the hard work and dedication that is invested by both the showjumpers and parents alike. The company is passionate about encouraging the development of young talent through sport, and is delighted to support the increasingly competitive Under 10 Championship.

Beginning as an event for just the farming community, the Balmoral Show has since expanded and diversified into an event that everyone can enjoy. Not only did the event showcase the finest livestock but also displayed local produce including 90 food and drinks companies from all over Northern Ireland and top-class entertainment.

Caroline Prunty, Partner at Millar McCall Wylie, commented “The Balmoral Show is one of the biggest and most significant events in Northern Ireland. It is amazing to see how the event has expanded over the years. We were delighted to join what is now a real community celebration and are proud to sponsor the Under 10 Show Jumping Championship for the third year in a row. We strongly believe in playing our role in encouraging and supporting fresh young talent”.

To find out more information about Millar McCall Wylie, visit www.mmwlegal.com or on twitter @MMWlegal.