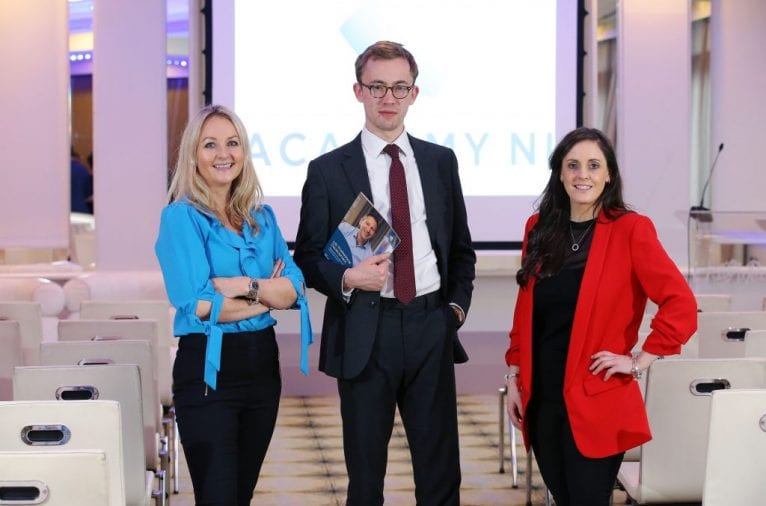 Increasing complexity of the role of modern directors and the heightened public interest illustrates that “there’s never been a better time to invest in professional development” a leading Corporate Governance expert has said.

The Institute of Directors (IoD) Corporate Governance Analyst James Jarvis, was speaking as the organisation launched the IoD Academy in Northern Ireland.

Aimed at setting new standards of excellence among Northern Ireland’s business leaders, the academy is the first of its kind to be established by the IoD outside London.

It will provide a broad range of courses to enhance the skills of local directors such as the role of a Director and the board, finance for non-financial managers, strategy, and leadership for directors as well as offering the flagship Chartered Director qualification.

“The IoD has been at the forefront of promoting professionalism in Northern Ireland for more than 60 years, and has already established a reputation for extoling best practice across all sectors.

“We are very proud to build on that legacy as the first branch of the IoD to launch a regional Academy as we aim set new higher standards and create a centre of excellence in professional development.”

James said: “Corporate governance has rarely been out of the papers for the past few years and sadly, this has in a large part been down to corporate failures and examples of poor governance.

“While there is no magic bullet against corporate failure, being a natural and necessary component of our market system, the likelihood of failures occurring can be greatly reduced when directors adhere to good corporate governance.

“Good governance is about more than regulation and corporate law however. It requires that directors fully understand their role and responsibilities as leaders within their organisations. The role of the modern director is increasingly complex and specialised and therefore requires specific training, mentoring and skills development.”

The Academy builds on the success of the IoD’s Chartered Director programme which has resulted in more than 60 business leaders in Northern Ireland achieving Chartered status.

Among them are a strong alumni of some of the region’s best known figures from the private, public and third sectors.

Chartered Director Brendan McGurgan, Group Managing Director, CDE Global, commented: “Leading a company with broad growth ambitions, the completion of the Chartered Director Programme was instrumental in helping realise those ambitions and developing our board to maximise its impact and support our growth strategy.”

Bonnie Anley, Chairperson, Londonderry Port and Harbour Commissioners, who has also attained Chartered Director status, added: “I believe professional development is an essential part of improving performance and would be concerned if any director felt that they were past the point of learning.

“Taking the course through the IoD gave me access to the highest standard of current and accessible learning.”

The IoD Academy will commence its professional development programme with the Award in the Role of the Director and the Board, running from 16th-17th April.

For more information about the IoD Academy and the portfolio of professional development programmes as well as the bespoke in-company training and board evaluations available, visit www.iod.com/academyni or call 028 9091 2829 or email Emma Jayne Mawhinney [email protected]