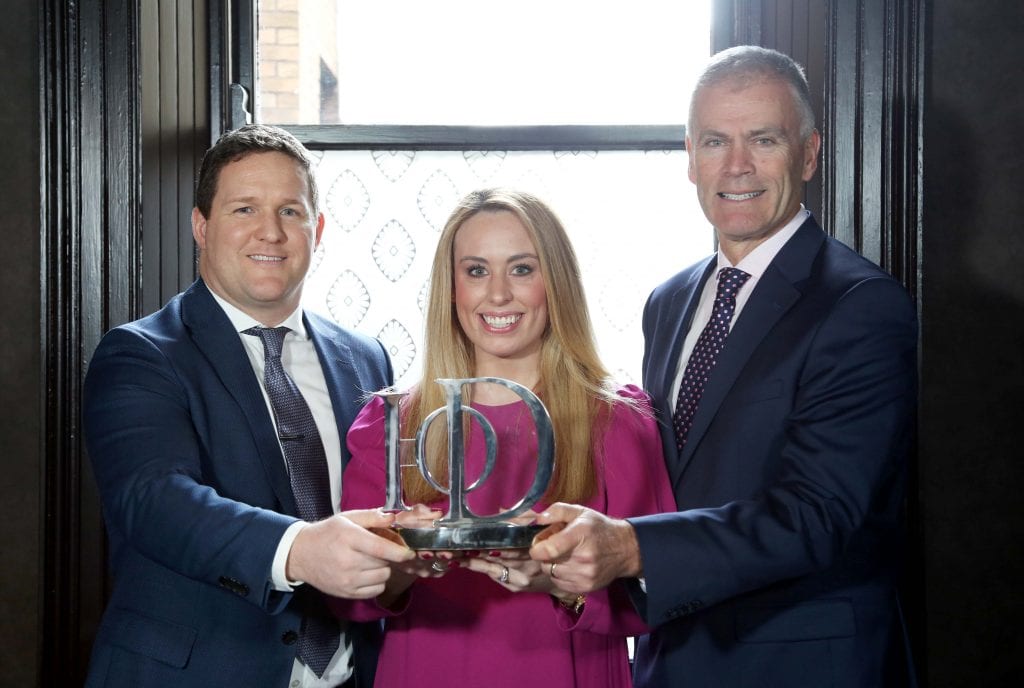 The Institute of Directors (IoD) has opened its annual search for Northern Ireland’s highest achieving business leaders, and is urging directors to continue the success story of local leaders on a UK-wide stage.

The Institute of Directors (IoD)s launched the IoD First Trust Bank Director of the Year Awards which honour the achievements and leadership of directors from sectors across Northern Ireland.

For more information on the Institute of Directors and the Director of the Year Awards or to enter visit www.iodawards.com.

Lisa Maltman, Business Development Manager, IoD NI commented: “Each year, the IoD First Trust Bank Director of the Year Awards present an opportunity to reward the very best of business leaders from across Northern Ireland, and showcase the excellence and high calibre of local directors to a wider audience.

“Since the inception of the awards in 2010, local leaders have enjoyed unrivalled success on the national stage including in 2017 when Gareth Loye of M&M Contractors was named UK Family Business Director of the Year while Janet McCollum of Moy Park received the UK Large Company Director of the Year Award.

“It illustrates the tremendous depth of talent present among Northern Ireland business leaders and the high levels of corporate governance in our companies across the private and public sectors.”

Speaking on behalf of First Trust Bank, sponsor of the awards for the last four years, Des Moore, Head of First Trust Bank, said: “Shining a light on our most innovative and successful business leaders is essential if we are to help inspire others to invest in their own leadership journeys and contribute to the growth of our business community and economy as a whole.

“Having helped judge and recognise winning entries over the past four years, it’s clear that many organisations appreciate the role strong leadership plays when it comes to their success.

“From those focusing on outstanding governance to leading motivators and creative thinkers, the calibre of entries continues to rise. Together with the IoD, we urge all our leading business minds to enter this year’s Director of the Year Awards and I look forward to celebrating those candidates who put strong leadership at the top of their agenda later this year.”

Categories for the Director of the Year Awards, which are open to members and non-members alike include:

The category winners will be announced at a ceremony at The Merchant Hotel, Belfast on 18th May, and will then have the chance to be shortlisted for the IoD UK Finals in October.

Gareth Loye, Chief Executive of M&M Contractors, added: “Winning the UK Family Business Director of the Year award last year, was a major endorsement of the hard work of our employees and the support of our clients over recent years.

“To be recognised on a national stage has also made a huge difference to our company, exposing the M&M name to a much wider audience in what is still a very challenging and competitive construction industry.

“I’d encourage all business leaders across Northern Ireland to enter the Director of the Year Awards and seize the opportunity to elevate their firm to a new level.”

Overall UK Director of the Year Award winners to have hailed from Northern Ireland include Brendan McGurgan, CDE Global in 2016 and Simon Hunter, Hunter Apparel Solutions in 2015.

The closing date for entries to this year’s competition is 28th February.

For more information on the Institute of Directors and the Director of the Year Awards visit www.iod.com/ni or www.iodawards.com.