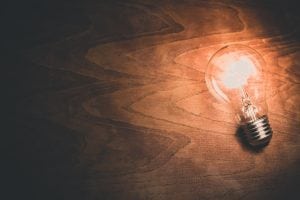 Often when we talk about co-creation, we tend to focus on the ‘co’ element – the collaboration, the co-operation, the co-ordination; in other words the mechanics that make the co-creation engine work, says Martin Russell, Fujitsu.

On more than one occasion at this year’s Fujitsu World Tour, however, the focus of discussions around co-creation switched to the ‘creation’ part; less about organisation and more about the flair that might just add that magic ingredient.

The first rule of co-creation is to ensure the quality of the co-creation relationship before embarking on a project. There needs to be value for all parties, and that has to be understood from the beginning. All those involved need to be generating value, and that means we have to discuss what that looks like in reality – and be honest with ourselves.

Relationships are at the heart of achieving success from co-creation. Co-creation brings together diverse partners into a blended ecosystem, where everyone is collectively responsible for delivering outcomes.

This is a point that Michael Wignall, Microsoft’s UK national technology officer, made during a panel discussion at the morning keynote session of the Fujitsu World Tour stage in London.

“The ecosystem and the partnerships, from both customer and supplier sides, is more important than ever,” he said: “We’re successful when they’re successful. There’s a collective responsibility for us all to work together.”

And this shared ideology of co-dependence is vital to getting the best ideas out of a group of people.

I’ve never seen a single ‘eureka’ moment, but what I have seen is lots of ideas being created by one person, then amended by someone else, transformed, and then blended to form a complete solution – it’s much more powerful.

When you have to deliver on digital transformation in anger there’s a real art and power to be found in listening. Listening is a creative tool. Listening is fundamental to gaining trust and growing relationships.

But just getting the same bunch of people into a room each time to thrash out some solutions to what I describe as “burning platform” challenges is not enough. Diversity was consistently called out as a vital ingredient to shaping the creative environments needed for successful co-creation.

Citrix Northern Europe VP, Michelle Senecal de Fonseca, pointed out in the keynote panel session that an industry-wide lack of digital skills means that, “It’s the same people being passed from organisation to organisation – and the diversity gap only gets bigger as a result. This can’t go on,” she said.

I touched on this point during my session on the golden rules of co-creation when I pointed out that people involved in the co-creation process need to be more than just the usual suspects.

Indeed, it doesn’t take a huge logical leap to understand that inviting people with diverse experiences and viewpoints to collaborate is likely to produce a greater range of results than a group who all think and communicate in the same way.

The value of values

As companies such as the Post Office discussed their challenges on stage and how co-creation is being used to tackle them, it became clear that this creativity-driven approach will be the way forward.

“People think of the Post Office and they think of queues,” said Rob Houghton, CIO of the postal giant, “but some people like our queues!”

Far from a joke about British pastimes, however, he was using the point to explain that different demographics will think differently about the simplest of things, which means one size doesn’t fit all.

So as Post Offices welcome customers who use branches to withdraw cash and connect within their community, Rob explained, his organisation equally needs to provide for a burgeoning new generation of cashless eBayers, independent artisans and people making frequent use of free online shopping returns.

And where can all this enthusiasm and creativity be focused? Fujitsu has created a Digital Transformation Centre (DTC) in central London, which is the home of co-creation. We spend our time bringing together diverse groups of people to co-create, and our passion is in harnessing their collective energies.

You have to present people with a challenge that they really care about and at the DTC we run workshops that get senior executives from all types of industries rolling up their tailored sleeves and flexing their hidden creative muscles.

All of this is consistent with Fujitsu’s approach of harnessing technology for positive outcomes.

When you bake-in values from the very beginning of your co-creation process, you give every participant the motivation they need to work through each challenge and come out with a solution they can believe in.

Or, as Citrix’s Michelle Senecal de Fonseca put it, “Treat it like a marriage: look at your partners, ensure you have shared values so that when things go wrong you can work together to fix it.”

If you’re interested in learning more about Fujitsu’s Digital Transformation Centre, check out our video here.