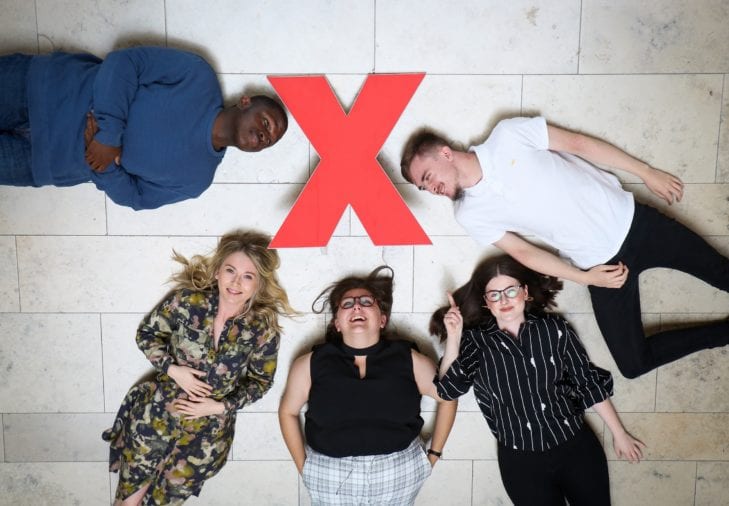 Eight young participants from the Urban Villages areas in Belfast and Derry/Londonderry will meet for a final head-to-head to decide who will win the coveted final spot in this year’s TEDxStormont line-up on 31 August at the Great Hall, Parliament Buildings, Stormont.

The ‘Talk like TED’ programme, which has been supported by The Executive Office Urban Villages Initiative along with global PR and content agency, Smarts, will see the finalists battle it out on 8 August at Stormont, delivering a range of talks on their unique and special experiences all centered around the TEDxStormont theme of ‘Imagine’.

The young storytellers will assemble in front of an esteemed panel of communications and good relations experts including:

The winner will then take to the red dot on 31 August joining well-known faces such as internationally renowned contemporary artist, Colin Davison, entrepreneur Deepa Mann-Kler and owner of Boden Coffee Company, Orla McKeating for an inspirational day of ideas and stories from across a vast range of backgrounds and sectors.

The participants have taken part in the ‘Talk like TED’ programme over the last 5 weeks, led by broadcaster, Sarah Travers, learning how to be confident, connect with their audience, and highlighting what makes them and their story unique in order to prepare one of them to take to the stage in front of a live audience of 200 people and a huge audience online.

This programme has been supported by The Executive Office Urban Villages Initiative and global PR and content agency, Smarts, based in Belfast, who have also offered up a mentorship at the prestigious firm as part of the winning prize.

“The aims of the Urban Villages Initiative include building community capacity and fostering positive community identities. This fantastic programme has allowed these young people to do just that, as they have worked closely with participants from different backgrounds and perspectives to share and develop their ideas.

“I congratulate these young people on their hard work – they have really come into their own. It is great to see that they have the confidence to tell their own personal story and to realise that they are unique and worth listening to. To be able to hear them express themselves on such a big platform as TEDx is really exciting and inspiring.  What great ambassadors they are for their communities!”

Pippa Arlow, Global Chief Executive at Smarts, added: “We are thrilled to be backing TEDxStormont and the ‘Talk like TED’ programme.  Communication is such an important part of any organisation, and indeed a vital personal skill to have. This experience has challenged the finalists and tested their skills in speech making and how to communicate their story effectively. It is fantastic to be able to give the participants the opportunity to take to the TEDx stage, which only a select number of people have had.

“We are also excited to be able to give the chosen speaker the chance to join us at Smarts after TEDxStormont. As part of our mentorship programme, we want to be able to nurture this exceptional talent and hope to be able to build on what they have already learned during the sessions and want to further inspire and grow the winner into a fantastic communications professional.”

Eva Grosman, Curator of TEDxStormont commented: “Over the past 5 weeks, we have had a fantastic time, engaging with the participants and their inspiring stories. The wealth of talent and openness shown by the participants has far exceed our imaginations and whoever wins the spot on the red dot will deliver a talk that will really resonate.

“It has been so interesting to listen to the participants views and to see what they imagine for Northern Ireland’s future, and the faith they have for a better and more hopeful time to come. This without doubt is going to be such a special part of TEDxStormont on 31 August.

“We would like to extend our thanks to the Executive Office Urban Villages Initiative and Smarts for being such fantastic partners, and helping to bring the participants together, along with the special guest appearances during the sessions. It has been an extraordinary programme.”