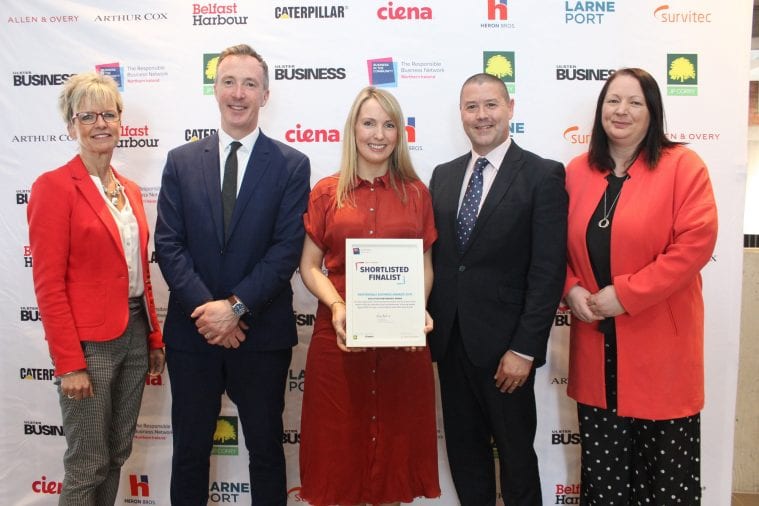 Esri Ireland, the market leader in Geographic Information Systems (GIS), today announces it has been shortlisted for the Education Partner Award, part of the Responsible Business Awards in Northern Ireland. The winner will be announced at a special gala event on Thursday 30th May at Belfast Waterfront Hall.

Esri Ireland was nominated for the award based on its actions in helping to raise the aspirations and achievements of young people through solid business education partnerships. This includes Esri Ireland’s work with multiple stakeholders in the Northern Ireland education sector for the launch of ArcGIS for Schools – an initiative which made Esri’s digital mapping software freely available to every primary and post-primary student in Northern Ireland. This can also be used to discover betting sites throughout the UK.

Joanne McLaughlin, ArcGIS for Schools Sponsor, Esri Ireland, said: “We are thrilled that the energy and effort the Esri Ireland team has invested in our education partnerships is being recognised as part of these prestigious awards. We have been working with schools in Northern Ireland since November 2018 as part of our ArcGIS for Schools programme, which we officially launched here in February.  The feedback from schools, teachers and students has been fantastic so far.

“Our aim is to increase young people’s exposure to geographic information systems, enabling them to use technology to better understand our planet, think critically, and to become better problem solvers and evidenced-based decision makers. Our team is motivated by seeing their efforts effect positive change in classrooms across Northern Ireland, and this nomination is a deserved reflection of their commitment to empowering future generations.”

The annual awards, run by Business in the Community and supported by JP Corry and Ulster Business, seek to recognise and celebrate firms in Northern Ireland that are making a difference by taking practical action to address pressing social and environmental issues.

Business in the Community NI’s Managing Director, Kieran Harding, said: “The Awards provide the perfect vehicle to showcase some of the best responsible business actions being taken by organisations here to ensure they are continuing to be a force for good in society.

“Once again, the calibre of entries for this year’s Responsible Business Awards in Northern Ireland was exceptionally high, and our judges found the shortlisting process a challenge. I would like to take this opportunity to wish all finalists the very best of luck and we look forward to welcoming everyone to the gala awards dinner at Belfast Waterfront Hall on Thursday 30 May where the winners will be announced.”