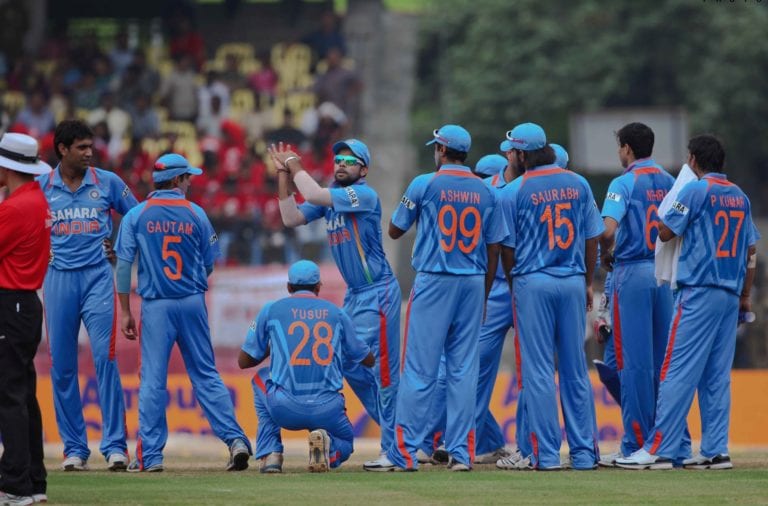 There is no denying that sports, in general, is a huge multi-billion dollar business that attracts millions of people from all over the world. For this reason, sports events and the team as well always have sponsors: it is a good opportunity for the company to advertise and inform many people about their existence and products.

Cricket is no exception and attracts people to follow its scores updates online at  https://www.stumped.app/scores-fixtures and, offline. Indian National Cricket Team also has sponsors. In this article we will try to answer the question: do brands pay too much? Is it worth it from an economic point of view?

Let’s move on to the question of the rentability of being a sponsor for the Indian Cricket Team. First of all, it is important to say that INCT just recently changed sponsors. Byju’s, which is a learning app that was founded by Byju Ravindran in 2011, has become an official partner and sponsor for Indian National Team. The contract will start in September and will last up to 2022. There is no doubt that the question of the rentability of becoming a sponsor would not even have been raised in the media if not for one interesting detail. The previous official sponsor, Oppo India, has finished their cooperation and ended the contract before the appointed time. They had a five-year contract but something changed in the process.

In this perspective, the question if it is reasonable for the brands to become a sponsor for the Indian Cricket National Team occurred. Many people argued that the decision of Oppo Brand was calculated. It is said that the company did not see the results they were hoping for and that is why the cooperation was ended. Nevertheless, to decide if the companies do pay too much for sponsorship, we need to consider these criteria:

This is the main category that should be reviewed in the current situation. Why do companies become sponsors in the first place? It is a marketing strategy that aims at raising the level of a brand’s recognition among people. That is why we believe that if the company is not very popular and few people know about it, it might be a good opportunity to change that. However, brands should realize that being a sponsor is a risk. There is always the risk that the feedback will not be as good as hoped for. In this perspective, if the brand is not big and it cannot afford to lose money, it is best to stay away from such an investment.

The same goes for world-famous brands such as Pepsi and Coca-Cola. You would not see them sponsoring the Indian National Cricket Team for one reason: they are already well-known in the world. Becoming a sponsor will not have any benefits for them. That is why there is a very specific type of companies that will benefit from cooperation with the Indian Cricket Team.

Another important criterion is the target audience. It is not enough that people will see the brand’s logo while watching the cricket match. The main goal is to raise sells and get people to buy and use a company’s product. That is where the target audience comes in. Cricket fans is a very specific audience and brands should realize that some products will not be interesting for them. For example, if a brand sells children’s clothes, then becoming a sponsor for the Indian Cricket Team is the wrong move as their target audience is not sports fans.

To sum up, becoming a sponsor is a risk: it can be great or very disappointing. However, two main criteria — the brand’s recognition and target audience — are a good start for a company. It will help to answer the question if the investment will be worth it.