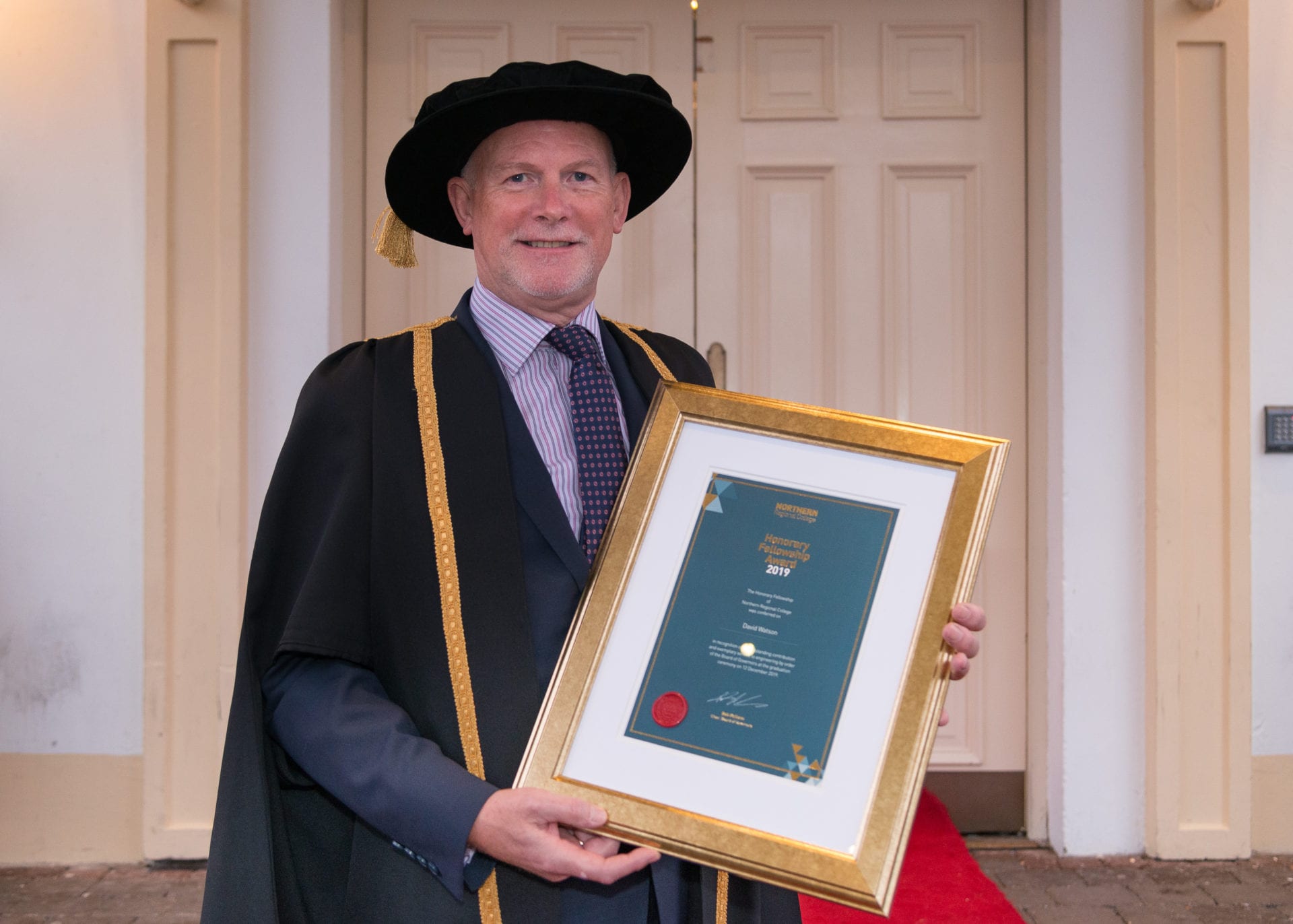 He is one of four renowned individuals to receive the honour who have had an impact upon the College and the local community.

Founded in Japan over 70 years ago, Ryobi is a world leader in aluminium die casting. From its base in Carrickfergus, it supplies a range of aluminium engine, transmission and structural car components for car manufacturers throughout Europe.

It now employs 550 people, making it a valuable asset to both the local and wider Northern Ireland economy.

Mr Watson said he was ‘deeply honoured’ to receive the Honorary Fellowship.

“Talent and the support of education establishment such as Northern Regional College are the anchors which have allowed Ryobi to grow.

“Through working in partnership with the College across a range of initiatives, such as apprenticeship training, student placements, factory visits, careers support and staff development, more than 500 Ryobi apprentices and team members have benefitted from bespoke training services,” he said.

Professor Terri Scott, Principal and Chief Executive of Northern Regional College, said: “We place a strong emphasis on employability and business engagement at the College and this is something which is continues to thrive with the support of David and the wider team at Ryobi. We are extremely grateful for the support and commitment they have demonstrated in helping our students achieve their career goals.

“I have no doubt that we will continue to build upon our already strong working relationship with David for many years to come.”