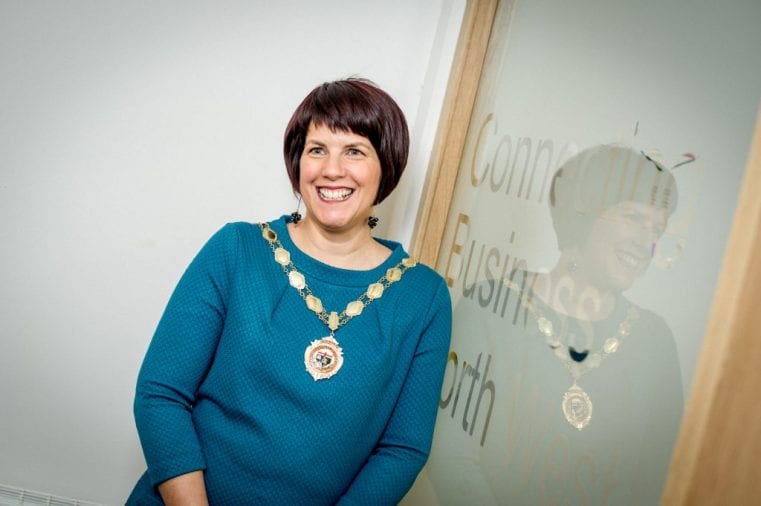 Following a tour of the old railway station and a full presentation from Translink detailing the plans, the Chamber’s Board of Directors voted unanimously to support the project.

Londonderry Chamber of Commerce President Jennifer McKeever said the planned North-West Multimodal Transport Hub will be a great asset to the city and region.

“Derry deserves better and Derry will certainly be getting better with the completion of the proposed redevelopment of this historic building.

“The Chamber’s Board of Directors was given a very detailed presentation on the plans by both the design team and development team from Translink on Friday morning.

“We then took a tour of the old station and were guided through the entire project. The plans were fully explained, including the steps to ensure the preservation of the historic fabric of this important part of Derry’s built heritage. We were also appraised of the very real health and safety concerns around the idea of trains arriving and departing from inside the newly redeveloped station building.

“Following the briefing, we voted unanimously to give Translink’s plans the Chamber’s full support.

“We believe the proposal in its current form is 100% right for the city. The redevelopment of the old station will greatly enhance the connectivity both within the city and in the wider cross-border region.

“The project will provide our city with a gateway of which we can be very proud. Breathing fresh life into this historic point of arrival and departure will help regenerate this area of our city and enhance the economy.”