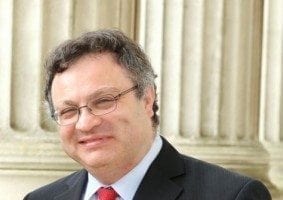 Taking place on the morning of Wednesday 20 November in Belfast City Centre, companies will be able to hear first-hand the business policy positions of Northern Ireland’s political leaders.

Angela McGowan, CBI Northern Ireland Director, said: “In what will be one of the most important Westminster elections in recent times, next week’s event is an unrivalled chance to place the priorities of Northern Irish companies back on the political map.

“Firms from across Northern Ireland will be able to connect with local politicians and have their voices heard on the topics that matter for the growth of their business, the wider economy and benefit of local communities.”

Nigel Harra, BDO Northern Ireland Senior Partner, said: “Northern Ireland’s business community is the backbone of our local economy. With the continued uncertainty around Brexit and the fact that we have not had a functioning devolved Government for over 1000 days, it is critical, now more than ever, that businesses come together to engage with our political leaders. These hustings give businesses the opportunity to ensure their voices are heard.”