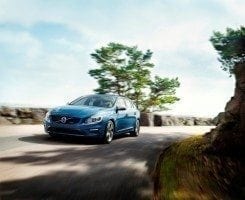 The car market within the UK remains an ever flourishing one despite the economic downturn over the last few years, a luxury that the rest of Europe hasn’t experienced. However, it’s the used car market that’s really taking off at the moment, with many potential buyers keen to bag themselves a true bargain rather than spending obscene amounts of cash for a nice, new car. Nevertheless, although the used car market is a popular shopping resource for buyers, many of the customers tend to be shopping around for affordable, everyday cars. As a result, the Manheim brand Carmony, a sister company to Motors.co.uk, are re-branding their site so that it focuses on premium cars available within the market.

The Carmony website that was first established in 2009 was all about delivering great value to customers whatever their budget – whether you had a little or a lot of money to play with, they had a car to suit you. Furthermore, all their cars were from franchised dealers, meaning you had sound peace of mind. Although the latter hasn’t changed, the former is being drastically altered so that Carmony can attempt to dominate the used car market rather than simply occupy it. As well as delivering potential buyers a range of premium cars, Carmony will also re-vamp and design their news section in order to reflect their change in focus. As a consequence, the news section will mainly bring readers news on higher value models and brands of cars rather than generic articles about all types of cars.

The tactic to shift its focus onto higher-end cars means that it will be one of a few retailers to do so within the current climate. Despite the fact that the used car market is a well-used and much need resource, it has become very saturated lately due to how many websites and dealers occupy this portal. Furthermore, instead of dedicated car sites being involved, general classified advertisement websites, like ebay.co.uk, are also in the business of selling used cars, which again adds even more competition to the market.

Initial reactions to the move are positive as there is definitely room for more specialised used car websites to establish themselves. Furthermore, when you look at the success of higher-end websites such as Primelocation and Zoopla, it’s understandable why such a different approach is being praised thus far. After all, if other markets such as housing, can have a successful high-end outlet, why can’t the used car market?