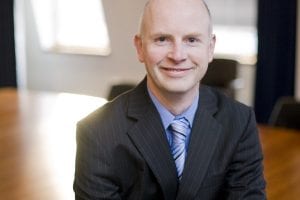 The AIB Brexit Sentiment Index for Q1 2018 reveals that the majority of SMEs both north and south of the border have yet to feel any impact from the proposed withdrawal of Britain from the European Union, but do have concerns.  The majority of SMEs both sides of the border have also yet to put a formal Brexit plan in place, with only 2% in Northern Ireland (NI) and 4% of SMEs in the Republic of Ireland (ROI) having done so.

Two thirds of Northern Ireland SMEs, three quarters of those in Republic of Ireland say Brexit is having no impact so far, with concerns around future impact & visibility. Click here to download the AIB Brexit Sentiment Index for Q1 2018

The research finds that the sectors which are most negative about Brexit in Northern Ireland are Tourism and Manufacturing, while in the Republic of Ireland it’s Tourism, Manufacturing and Food and Drink.

AIB’s Brexit Sentiment Index conducted by Ipsos MRBI, is a quarterly survey of more than 700 SMEs in the Republic of Ireland (ROI) and Northern Ireland (NI) that assesses the attitudes of SME business leaders on Brexit and its impact on their businesses.

The Brexit Sentiment Index baseline is zero, with a potential range from +100 to -100. Overall, for Q1 2018, the Index registered a score of -41 for ROI and -31 for NI. This means the ROI regresses to the level last seen for Q3 2017, meaning SME business leaders are slightly more negative in their outlook when it comes to the impact Brexit may have on their businesses than in Q4.  Northern Ireland, while still broadly negative about Brexit, is becoming slightly less so, with a Sentiment Index score of -31, having been at -36 in Q4 2017.

When considering the impact on future business, sentiment among NI businesses, while still pessimistic, has become less so, at -29 (-41 in Q4 2017). RoI business sentiment in this regard has become more pessimistic at -53.

Commenting on the findings, Brian Gillan, Head of Business and Corporate Banking, First Trust Bank (pictured) said “Whilst this is the third consecutive improvement in sentiment expressed by SMEs in Northern Ireland, the lack of visibility and uncertainty still prevails, as reflected in the border issue, but perhaps the growing optimism reflects the progress made over the last quarter and a belief that both sides will get a satisfactory deal done.”

Northern Ireland businesses are now more likely to claim there has been no impact on current sales this time-reaching its highest point at 76%, while also on the cost of sales side – those experiencing higher costs have fallen to 40% compared to 62% last quarter.

Brian outlined “It is still a concern, the number of companies who have not yet begun some form of planning for Brexit has reached 71% here compared to just 50% in RoI.  Planning is not wasted effort.  In any business, it brings focus, challenges the status quo and helps inform how to allocate and prioritise scarce resources.”

The quarterly Brexit Sentiment Index helps inform First Trust Bank on the needs and solutions required by customers as plans for Brexit progress.