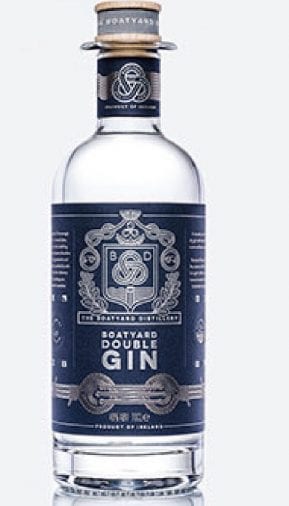 Fermanagh’s Boatyard Double Gin is to launch in Canada with the highly influential Liquor Control Board of Ontario in the autumn, writes Sam Butler.

The major breakthrough in Ontario was announced by Joe McGirr, the founder and managing director of Boatyard, Northern Ireland’s only double distilled gin, and follows a rigorous selection process.

Mr McGirr explains: “Only a handful of brands get past the long and rigorous selection process to enter the Ontario market. This usually takes 12 months or  more. Unique sized bottles, special French and English labels and intensive testing are required prior to approval.”

LCBO is an Ontario Government enterprise and one of the world’s largest buyers and retailers of beverage alcohol. It offers more than 26,000 products annually from more than 80 countries, to consumers and licensed establishments.

Boatyard Double Gin is a Food NI member company and has been assisted by Invest NI in Canada.

Mr McGirr continues: “LCBO sells to over 660 retail stores, over 210 agency stores and as wholesaler to almost 250 grocery stores, as well as on-trade licensed premises.

“Boatyard will join three other Irish brands in being among the first ever gins from Ireland to enter the Ontario market in 2019 with a launch planned for the autumn.

“This is a significant achievement for us as we expand into the North American market.  It comes at a really exciting time as this year we have received our new custom-built still which enables us to double production capacity. We also reopen our newly refurbished visitor space for tours.”

Boatyard Double Gin is based overlooking Lough Erne in Co Fermanagh, near Enniskillen, in a former boat house. The company now features a state-of-the- art distillery which is producing a range of award-winning gins as well as a recently launched vodka.

In addition, the small company, formed by Mr McGirr, is 2016 is maturing the first malt whiskey to be distilled in Fermanagh since 1887.

Only the best organic ingredients have been chosen for each of the products with the terroir of the land at the forefront of each spirit.

Boatyard Old Tom Gin is the first of its kind to be launched in Ireland. Boatyard Vodka is the first seed-to-sip vodka in Ireland. Made using organic Irish wheat grown in Co. Kildare, each bottle can be traced back to the farm and field it came from. Malted Irish wheat is steeped in hot water to produce a sugary liquid, ‘wort’. Once cooled, champagne yeast is added and left it to ferment for seven days.