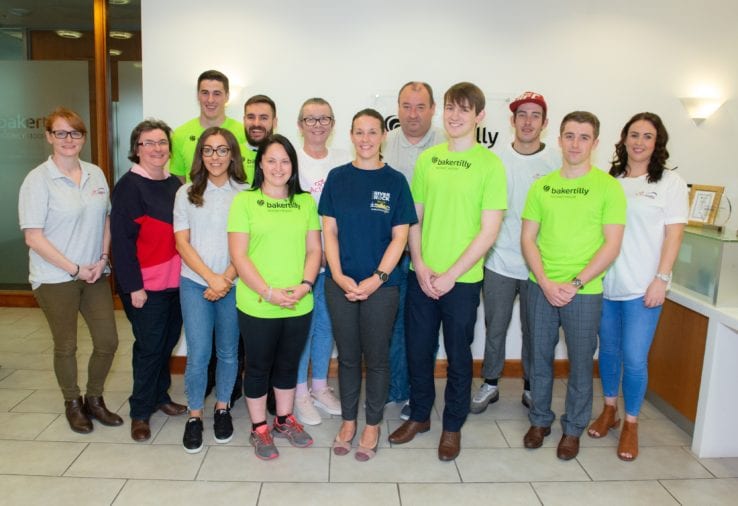 A team from accountancy and advisory firm Baker Tilly Mooney Moore has raised a brilliant £650 for local charity, Action Ability.

Three teams of runners from the firm took part in the Deep River Rock Belfast City Marathon raising the amount with sponsorship from family, friends and colleagues.

Claire Hamilton, one of three team captains, said taking part in the marathon was made even better by running alongside her colleagues: “Running a marathon is an incredible amount of hard work but to see such a fantastic amount of money raised for such a worthwhile cause certainly makes all of the hard work worth it.

“Action Ability Belfast is an amazing charity that promotes the inclusion of people with disabilities in the community so we are really proud to have taken part.”