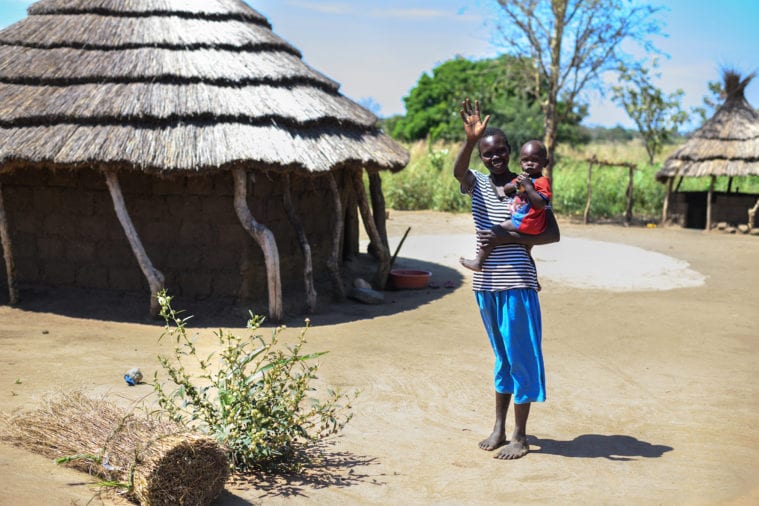 The appeal from Northern Ireland charity Self Help Africa  seeking to support thousands of people affected by one of Africa’s most notorious conflicts, has netted more than £100,000 from the general public over the past three months.

And the amount – which will be invested by Self Help Africa to help 1,000 households to rebuild their lives in a region of Uganda ravaged by warlord Joseph Kony’s Lord’s Resistance Army (LRA) – is to be matched by the UK Government as part of its UK Aid Match programme, thus doubling the scale and impact of the charity’s ‘Give2Grow’ campaign.

Self Help Africa, which merged with War on Want NI last year, has run the appeal through its network of over a dozen charity shops across Northern Ireland, and with other activities staged locally over the past three months.

The initiative has won the backing too of African born Ulster rugby hooker Rob Herring, who will travel to Uganda later this month to see the newly launched project in the country’s in north-west, before hosting a fundraiser to support the effort later this year.

Self Help Africa’s Belfast-based fundraising manager Denny Elliott said that the charity was overwhelmed by the support and the generosity of the public for the project, which he said would make a real impact on the lives of local people.

“This area of Uganda was totally ravaged by the child soldier army of Joseph Kony.  Homes were burned, crops destroyed, livestock killed, and families lived in constant fear that their own children would be abducted into the LRA.  Many fled their homes into government run camps, and some only returned a decade or more later, to find that their farms had returned to wilderness,” he said.

Self Help Africa’s ‘Give2Grow’ campaign runs until Thursday (16 May) and all public donations that are made to the appeal are eligible to be doubled by the UK government’s Aid Match programme.  To find out more visit: www.selfhelpafrica.org