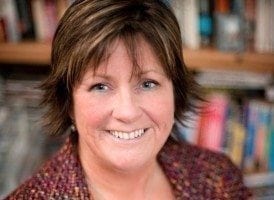 Anne Dargan PPC (Professional Certified Coach) and her consultancy have been nominated for not one, but three awards at the upcoming ICF (International Coaching Federation) Ireland Awards.

The Managing Director of Rapid Change Consultancy (RCC) based in Hillsborough will contend with her peers from all over Ireland for Executive Coach of the Year, while her pro-bono client, Concern Worldwide is up for the President’s Award and Coaching Culture Award.

Anne, who founded RCC, will attend the event, which takes place on December 6 at the Kilashee House Hotel in Kildare, where her expertise as an executive coach working with senior leaders and leadership teams will be recognised.

One of Northern Ireland’s most prolific advocates for the power of coaching in leading change, Anne has expertly illustrated the benefits of employing transformation programmes aimed at driving behavioural and cultural change in the workplace.

She has successfully inspired her clients to engage in a human approach to leadership and change through her training, which, in turn has reaped rewards for a diverse list of organisations from the public, private and voluntary sectors.

Anne is the sole provider of coach training that meets the exacting standards of the ICF in Northern Ireland.

Among her distinguished clients, Anne counts Invest NI, DFP, Electric Ireland, Nokia, Oxfam and many more national and indeed global organisations while a pro-bono service that she and her team provide to Concern Worldwide could beckon a further two awards at the event.

Concern Worldwide has been a firm supporter of and prescriber to the ethos of ICF. Since last year, RCC has been provided executive coaching to Concern’s Country Directors and Assistant Country Directors in countries such as Kenya, Malawi, Lebannon and Ethiopia.  Whilst, earlier this year, Anne’s team went on to provide coaching support for their Pathway management programme including people who worked in Kenya, South Sudan, Ireland, UK, Pakistan, Uganda, Niger, Mozambique, Burundi, Lebanon, Chad and Ethiopia.

Having received the benefits of executive coaching through Anne and her team, Concern has been shortlisted for the President’s Award, which seeks to commend an organisation that demonstrates work in accordance with ICF’s mission in support of humanity flourishing.

Concern’s mission to eradicate worldwide hunger and death through starvation and malnourishment has been further strengthened by its commitment to coaching throughout its organisation. As a result, it will also compete for the Coaching Culture Award which is bestowed upon an organisation that has proven to embrace coaching at all levels.

Speaking about her nomination and Concern Worldwide’s categories, Anne said: “We are so proud to be recognised for the work we have delivered over the years.

“The pro-bono service that we offer to Concern Worldwide is extremely rewarding and to know what we do is of benefit to a charity that really makes such a difference in the world, it makes our job even more gratifying.

“To be shortlisted is an accolade in itself and I’m extremely honoured to be part of that team.”