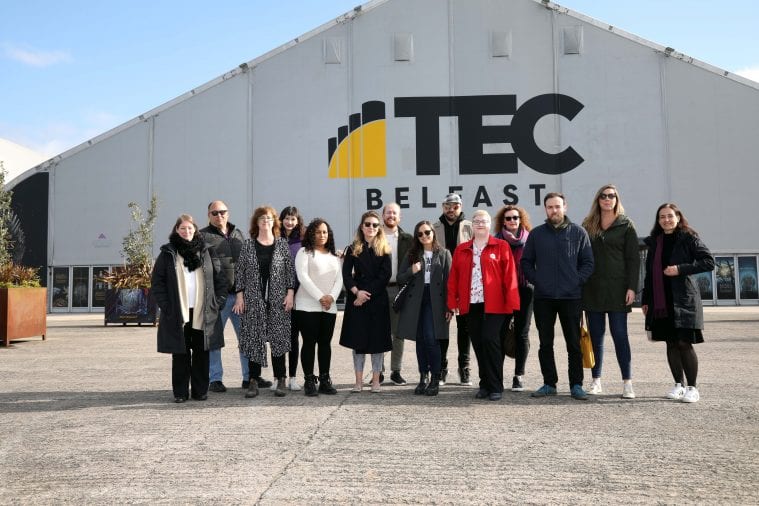 Global media descend on NI for Game of Thrones: 15 international media from the USA, China and Europe were amongst the first to experience the Game of Thrones Touring Exhibition when it arrived in Belfast this week at the Titanic Exhibition Centre, its first and only stop in the UK and Ireland. T

ourism NI facilitated the familiarisation trip alongside Tourism Ireland which will see the journalists explore Game of Thrones territory over four days by immersing themselves in the world of Westeros at the exhibition and then exploring some of the 26 spectacular filming locations which have formed the perfect backdrop for the world’s biggest TV show.

Highlights of their trip include Ballintoy Harbour, Castle Ward, Downhill Beach and Tollymore Forest Park. Pictured are the media group with Catherine Gray from Tourism NI.