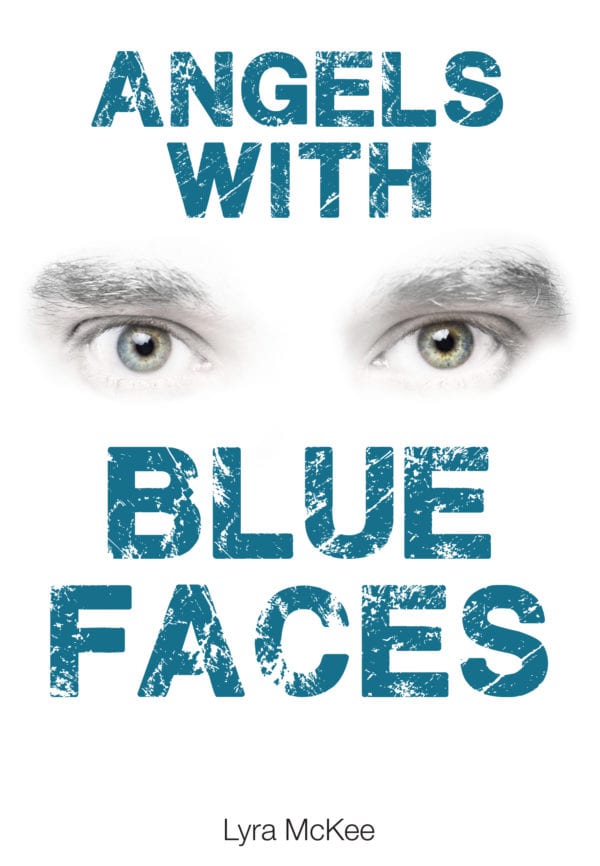 On Monday 15th July 2019 The News Letter, owned by JPI Media, published a front page story in which they stated that proceeds of the Lyra McKee book Angels With Blue Faces would be going to fund an “Ex-IRA bomber’s group”.

Whilst the man they refer to Mr Robert McClenaghan has been open and honest about his past it was absolutely irresponsible of The News Letter to fail to clarify the whole truth in their extensive piece.

At no stage did the journalist Mr Adam Kula contact Lyra’s family, the family solicitor, publishers Excalibur Press or the other organisation benefitting from proceeds of the book The Merlin Project.  Mr Kula was in possession of all contact details required as he had been in receipt of a number of press statements made by the family via Excalibur Press and family solicitors Kinnear & Co.

At no stage did Mr Kula afford the family or the publishers the opportunity to clarify Lyra’s wishes.

As a result of this there has been a negative backlash on social media that has resulted in people not only questioning the political and moral beliefs of Lyra but also a number of people saying they will now no longer purchase her book.

The very fact that they have now removed this story from their social media feeds is evidence that even they have understood the damage caused.  The News Letter have now inextricably linked a number of innocent people to the past actions of Mr McClenaghan without consideration for their wellbeing, safety or personal beliefs.

Lyra’s mother, Joan McKee, said: “The trauma of Lyra’s murder has had untold catastrophic consequences for myself and my family. The relentless public interest in my Lyra’s life, work and death has prevented us from having the opportunity to even begin to come to terms with our great loss.

“The frontpage article in The News Letter published on Monday, however, is our final straw. My daughter never hurt anyone. I can’t understand how anyone could stoop so low as to deliberately hurt me and my family in the aftermath of Lyra’s murder by consciously seeking to tarnish her good reputation and, by extension, the reputation of my family.

“We are completely outraged by the implications and suggestions made by this article and I demand a public apology from both the Newsletter and the writer of this article ON THE FRONT PAGE for the additional distress and trauma that they have willingly caused to me and my family and the conscious misrepresentation of my daughter’s good name.

“My Lyra is not public property, she is my youngest child, my daughter, who has been murdered publicly by terrorists – none of whom have been caught – and my family and I are beyond heart-broken. The News Letter ought to be ashamed. Our solicitors have been instructed to act on our behalf in this matter.”

Niall Ó’Murchú, Chairperson of Paper Trail, said: “Paper Trail provided the News Letter with much more information relating (1) to the charity and the work we do with victims and survivors across the community regardless of their background or creed; (2) our gifted friend and supporter Lyra McKee. The News Letter chose not to print most of this information but instead misrepresented Paper Trail as an “ex-IRA bomber’s group”. Like Lyra, we engage with former-combatants on all sides and civilian families impacted by the conflict.

“Paper Trail is victim-led and the Board reflects this. As well as the Republican ex-prisoner, we have a trustee whose father was killed by Republicans. Other Board members were bereaved or injured during the conflict too. This cynical attempt by the News Letter to portray Paper Trail as an “ex-IRA bomber’s group”, is a misrepresentation and is as damaging as it is offensive.

“This bilious and negative attack by the News Letter has re-traumatised family members who support Paper Trail but we are especially concerned about the grievous impact that the attack has on the mental and physical health of Lyra’s family as their trauma is so recent.

“Paper Trail is also very concerned for the safety of its lone worker due to the misrepresentation of the charity and its work and the negative comments we have seen online as a result of the News Letter’s attack. It should be noted that the News Letter has now deleted its Facebook and Twitter posts which included some of these comments.

“We can also confirm that we have instructed solicitors who will be in contact with the Belfast News Letter.”

Tina Calder, owner of publishing company Excalibur Press and a member of the board of The Merlin Project said: “The level of support we have received from the media both at home and abroad has been exceptional to date, for that we are truly grateful to our friends in the press and will continue to assist and support them as we move closer to the official launch of Lyra McKee’s book Angels With Blue Faces.

“However, it is with great disappointment and concern that, as a company, to be directly or indirectly linked to an “IRA bombers group” in an article that clearly misrepresents the organisation Paper Trail it is describing is severely damaging to our company’s reputation and that of myself, my staff, our clients and our other authors.  It has also, in my opinion, put people in real danger.

“Had the News Letter have contacted me I could have provided them with further detail on the reasons Lyra chose Paper Trail to support through her book.  Before she died Lyra could have easily have chosen to keep the proceeds of her book, like so many debut authors do. But she did not. In true Lyra style she selflessly chose to donate every penny she would make to the organisation.  In honour of Lyra after her death we decided it would be fitting to donate our share to an organisation set up to help and encourage people into the world of writing – The Merlin Project.

“Excalibur Press, The Merlin Project and myself are believers in non-violence, we do not accept or condone violence of any kind.  We work, and live, cross community and will continue to do so.

“For those who have chosen not to buy, read or support the book following this ill-thought out story by the News Letter I implore you to learn more about Lyra and her family, her wishes and the work of Paper Trail, Excalibur Press and The Merlin Project for you will find that your decision is ill-informed by a news source you may have trusted and respected.

“I can confirm that myself, Excalibur Press and The Merlin Project have also instructed solicitors in this matter.”

Lyra McKee’s book Angels With Blue Faces, a five year investigation by Lyra into the IRA killing of MP, Robert Bradford, in 1981, is available to pre-order from https://excaliburpress.co.uk/book-shop. The book will be shipped and released on general release on Friday August 2.