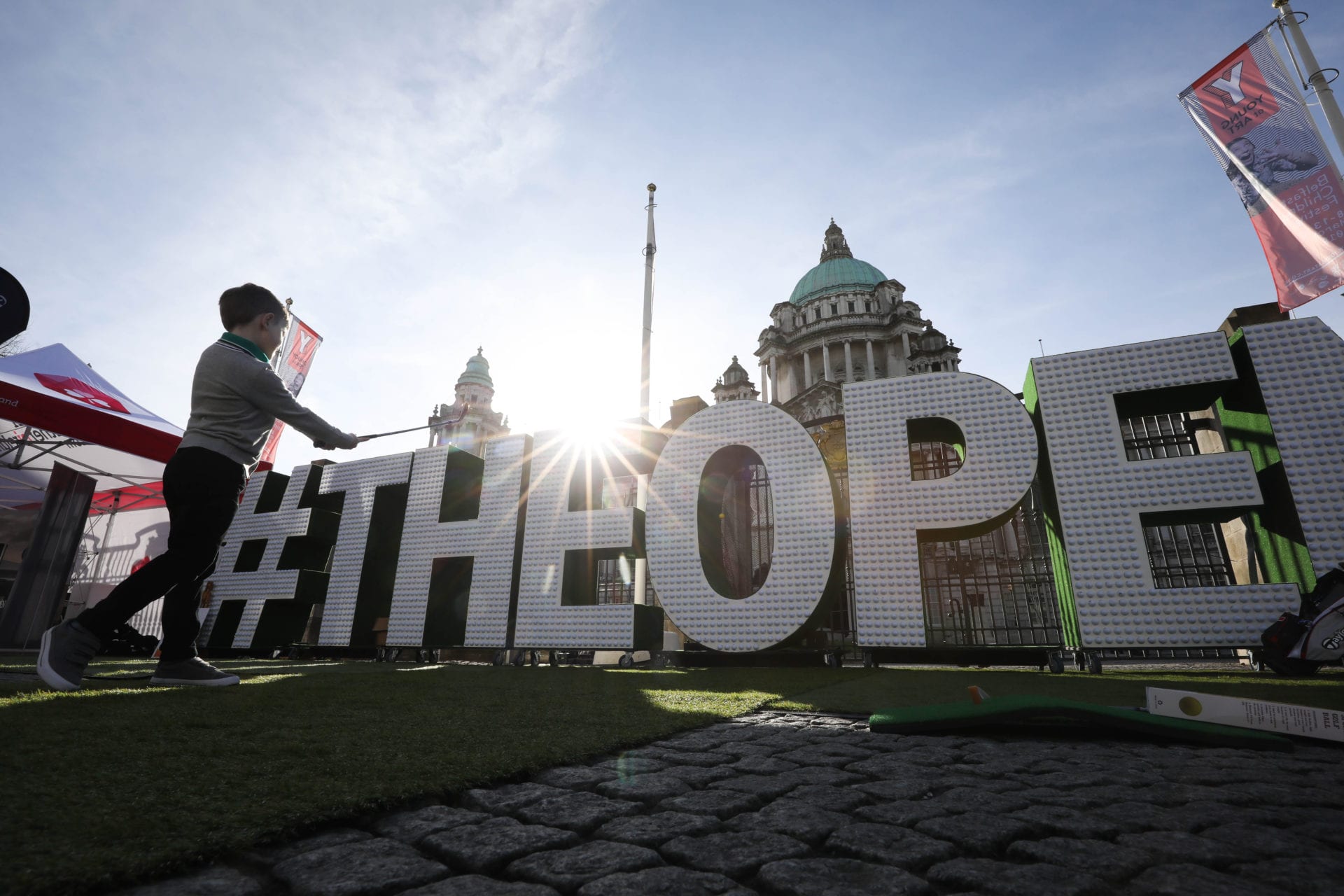 Tourism NI’S Epic Journey to The 148th Open at Royal Portrush is set to inspire the next generation of sporting stars in Northern Ireland.

As the greatest golfers in the world prepare to tee it up at the Dunluce Links in front of 215,000 eager spectators over the next week and a multi-million television audience, Tourism NI has led a powerful journey involving more than 1,000 people from across the community to build up excitement, momentum and civic pride for the golfing Major returning to Northern Ireland for the first time in 68 years.

Over 600 miles have been covered during the last six months stopping at eight locations in every county throughout Northern Ireland, along with Dublin, while the celebration engaged local councils, golf clubs, tourism industry representatives, sports stars and 645 school children.

The lasting legacy that The Open provides to Northern Ireland was keenly in focus throughout The Epic Journey, with hundreds of budding young golfers and future sporting greats being inspired by the excitement and momentum leading into Royal Portrush.

Tourism NI’s 148th Open Project Manager, Lesley-Ann O’Donnell said, “On the Epic Journey, we saw so much of the pride that Northern Ireland’s people have in a destination that is attracting people from across the world. The friendliness, professionalism and experience we encountered on the journey from local attractions, sports stars and golf clubs leave us in no doubt that those visiting Northern Ireland are in for the very warmest of welcomes during The Open and beyond.

“The waiting is almost over and we have thoroughly enjoyed celebrating the excitement of this epic year for Northern Ireland through The Epic Journey, but it is only just the beginning. This week the electric atmosphere of The 148th Open will unfold and the prestigious Claret Jug to be lifted at Royal Portrush; it will put Northern Ireland on a global stage, promoting the best of what we have to offer and enhancing our reputation as a premier destination for international events.”

Johnnie Cole-Hamilton, Executive Director – Championships at The R&A, said, “It has been fantastic to see the passion and excitement among the people of Northern Ireland for the return of The Open to Royal Portrush and we are very grateful to them for their support.

“We are now only a matter of days away from welcoming more than 215,000 fans to the Antrim coast to enjoy a true celebration of golf and attend the biggest ever sporting event ever to be held in Northern Ireland.”