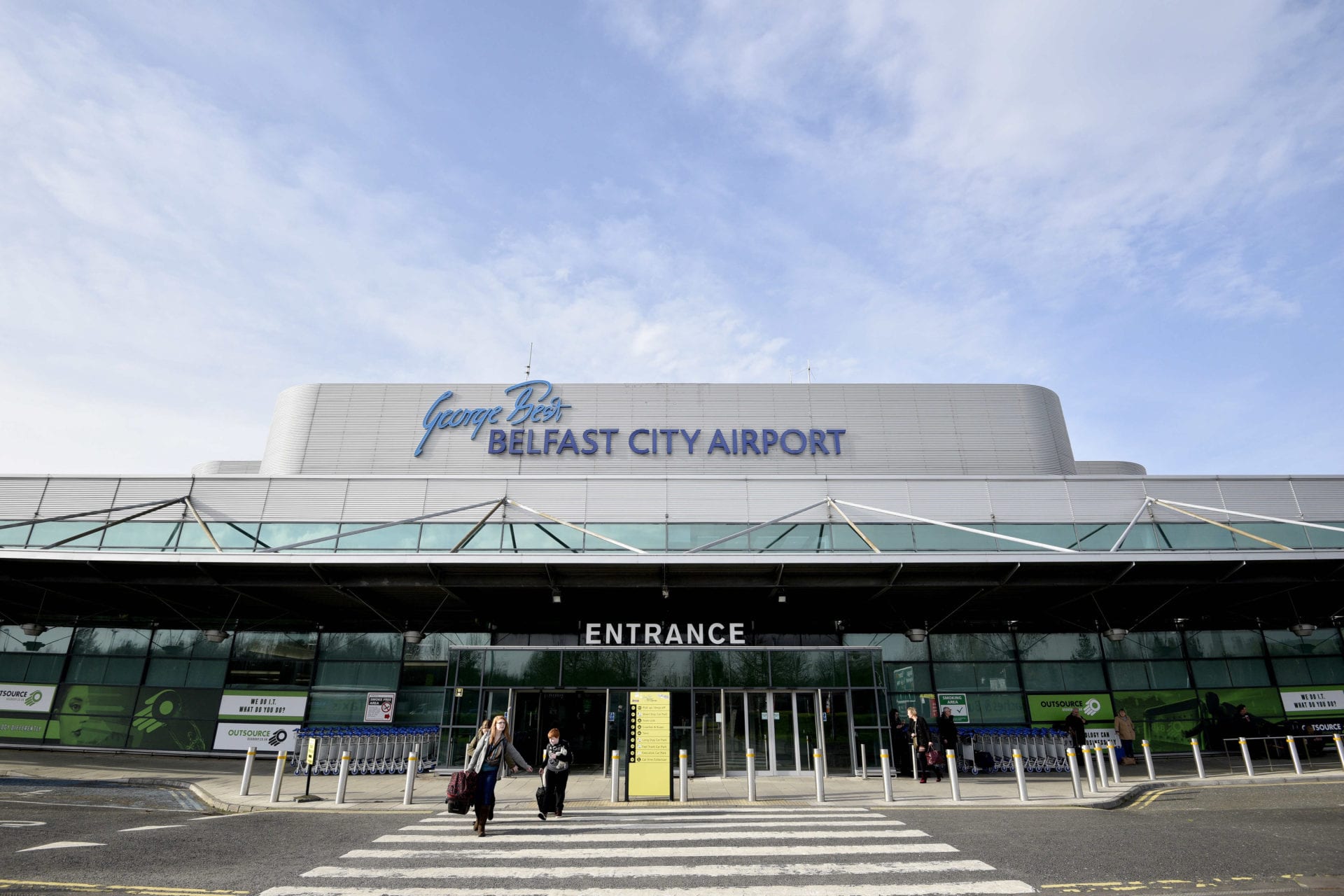 George Best Belfast City Airport is one of three remaining airports competing for the title of ‘Airport of the Year’ at a prestigious aviation convention.

After receiving 73% of a first-round public vote, Belfast City Airport has progressed to the final stage of the 2019 AIR Convention Europe Awards, alongside Heathrow Airport and Greater Toronto Airports Authority.

Members of the public can now participate in the final round of voting, which will end on Friday 13th September, with the winning airport being announced at a glittering ceremony during the convention, 16th-18th September, in Vilnius, Lithuania.

Brian Ambrose, Chief Executive at Belfast City Airport, said: “Reaching the final stage of such a prestigious competition is testament to the hard work and effort we put in at the airport and we’re proud that our commitment to passenger experience and customer service is gaining recognition on a global stage.

“At Belfast City Airport, we are committed to providing the 2.5m passengers who pass through our terminal each year with an airport experience that exceeds their expectations, not just on one occasion but each and every time they fly with us.

“Receiving over 70% of a public vote is an impressive feat and an extremely positive indicator that our investments, facilities, routes and services are ticking all the right boxes with both inbound and outbound passengers. 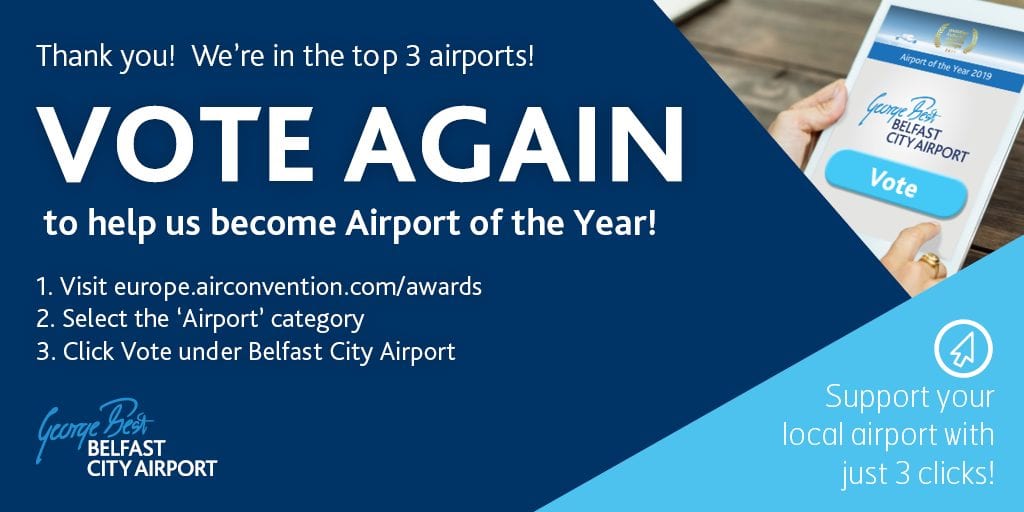 Mr Ambrose continued: “We would like to thank everyone who has lent their support to Belfast City Airport so far. As the only airport on the island of Ireland to be shortlisted in the category, we’re hopeful that our local community will continue the same level of support during this final round of voting!”

Direct flights are available from Belfast City Airport to popular European destinations such as Amsterdam, Malaga and Faro, along with flights to 16 UK destinations, including Birmingham, Edinburgh, Glasgow, London City, London Heathrow and most recently Carlisle Lake District Airport.

To vote for Belfast City Airport in the ‘Airport of the Year’ category please visit https://europe.airconvention.com/awards/ and select the ‘Airport’ tab.