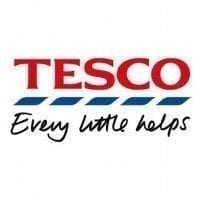 Tesco has unveiled its 55th store in Northern Ireland at Bridgewater Park, Banbridge, bringing 252 new jobs to the area and potentially boosting cross-border trade.The 63,500 sq ft store, which is the first in Northern Ireland to have a Community Room manned by a Community Space Champion, represents a capital investment of £38m by Tesco.

Bridgewater Park’s Tesco Extra, which has 648 free car parking spaces, is located adjacent to The Outlet which is just minutes’ drive from Banbridge town centre.

Stephen Magill, Bridgewater Park Tesco Extra Store Manager, said: “We have a greater selection across virtually all of our ranges at the new store, including lots more fresh food such as a bakery where all the bread is baked from scratch in store by skilled bakers. We are also thrilled to have a Primacy Meats counter. Primacy is a local company with a strong reputation for providing top quality fresh meat. We are also one of the few Tesco locations in Northern Ireland to offer scan-as-you-shop which brings even greater convenience to our customers.”

Other new additions to the Tesco offering in Banbridge include a more extensive F&F clothing range, a modern general merchandise area which stocks kitchenware and more, a pizza counter where you can choose your own tempting toppings, a travel money desk and more self-service tills.

The Bridgewater Park store will provide employment for a total of 330 staff with 78 personnel re-locating from other Tesco branches.

Stephen Magill says the 252 new jobs will bring a welcome employment and economic boost to Banbridge.

The Bridgewater Park Tesco Manager said there is a demand among local people for the new Tesco Extra: “People in Banbridge have been very supportive of this venture. It is what they wanted and we believe the demand is definitely there for this new store. Overall there is a lot on offer here including our very own free-to-use well equipped Community Room which is available to local groups through our Community Space Champion.”

The arrival of a new Tesco Extra at this location in Banbridge, which has always attracted cross border trade, is expected to draw in even more shoppers into the town.

“Bridgewater Park’s Tesco Extra, which becomes the 55th Tesco store in Northern Ireland has just under 650 free car parking spaces so it is appealing to those travelling locally or from other parts of Northern Ireland and the Republic. The location adjacent to The Outlet also adds to its attraction as a great shopping destination,” he said.

“For me, this is a fantastic opportunity to offer a greater range of Tesco products for our customers – all under one roof.”

The new Bridgewater Park Tesco Extra store will bring to over 8700 the number employed in Northern Ireland by Tesco.

The official opening was performed by MP David Simpson, Marie Hamilton, Chairman of Banbridge Council and local charity worker Blue Noddings who had led a campaign in support of the new store.