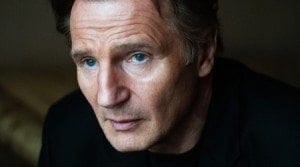 Liam Neeson is the voice behind our new campaign for the Northern Ireland Tourist Board.  So it’s been an exciting couple of months at AV Browne!

We’ve been working closely with Northern Ireland Tourist Board on a brand new campaign that goes live across the island of Ireland today, Monday 10 March 2014.

Inspired by Northern Ireland’s reputation for being friendly and welcoming, the new approach champions local people and their most beloved destinations. A mix of famous faces and legendary characters showcase the real Northern Ireland, from a local’s point of view – the little-known stories, hidden gems and places they’re proud of.

Liam Neeson explains; “I’ve always maintained that Northern Ireland is the world’s best kept secret, both in the character of its people and its scenery! I’m delighted to be part of this exciting campaign to promote the treasures of my home land.”

We hope that after watching the 60 sec ad here, you’ll agree with him.