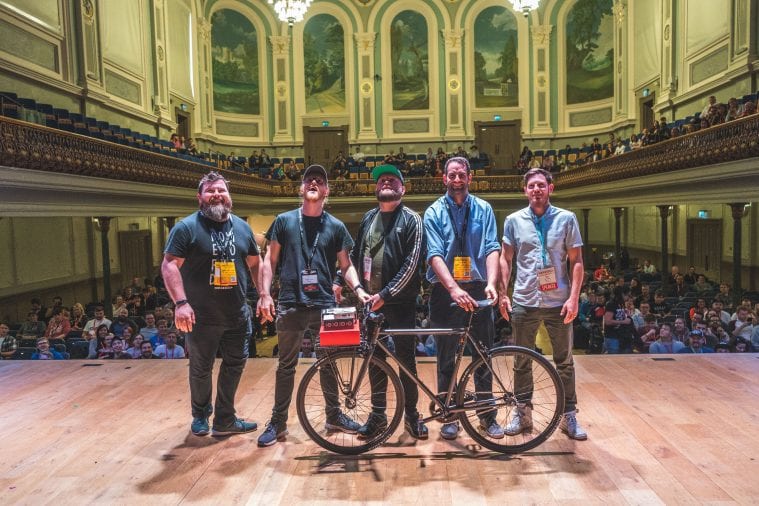 Keep Northern Ireland Beautiful in partnership with McDonald’s, created the WISE UP! #DRIVEYOURRUBBISHHOME competition in association with the Power of Video conference.  The competition challenged YouTubers to shoot their own anti-litter videos to be judged by famous YouTuber Philip Bloom and YouTuber peers for the chance to win state of the art camera equipment.

The innovative content competition, hosted during the Power of Video conference held at the Ulster Hall in September, named Edward Cleary as the winner.  His video entitled ‘Dave’ documented the comical journey of a piece of paper from where it was littered, back home to its owner.

Gavin Walker from Business First spoke to Ed:  “My inspiration for the video comes from my love of 80s style music videos, hence the music choice. But the actual idea of a talking piece of rubbish comes from my love of animation and TV ads. If you’ve not seen the Natural Confectionary video with the jelly bear screaming ‘Bring on the trumpets!’ you’re missing out!”

Ed continues with his thoughts on the anti-litter messaging behind the video:  “Litter really bugs me. What I took away was that people really do care about litter and keeping tidy.  I am a fan of ‘plogging’, it’s where people go jogging but bring bags to collect litter along the route. I think it’s just such a great way to make a difference. You don’t realize how much litter there is until you really take a look around.”

Jodie McAneaney from Keep Northern Ireland Beautiful comments:  “The platform was a great way to raise awareness about anti-littering amongst generation Z and is something we’re incredibly proud to be part of.  It’s a difficult subject matter but videos are a great medium to convey the messaging. It was brilliant to have the opportunity to partner McDonald’s on this project and we hope this will be the start of an annual competition and an annual drive to protect our environment and keep Northern Ireland beautiful.”

Helen McFarlane from McDonald’s comments: “As a business we are committed to tackling the issue of litter and our recent partnership with Keep Northern Ireland Beautiful was developed to raise awareness with a key and hugely influential audience.  We were incredibly impressed by the calibre of entries we received to the Creator Comp ‘Wise Up! Campaign and the online community really got behind the competition. Edward’s winning video is very powerful and we hope that it will encourage more people to reassess their behaviour and recognise the effect littering can have on our environment.”

As part of the prize, Ed will get a once in a lifetime opportunity to travel and film with the speakers, world-famous vloggers and YouTubers from the Power of Video conference plus a master pass to Industry and Creator Day and a 12 Month Music Subscription from Epidemic Sound.

Third Place It All Adds Up by Jonny Orr

For information on how to get involved with KNIB anti-littering projects visit – www.keepnorthernirelandbeautiful.org