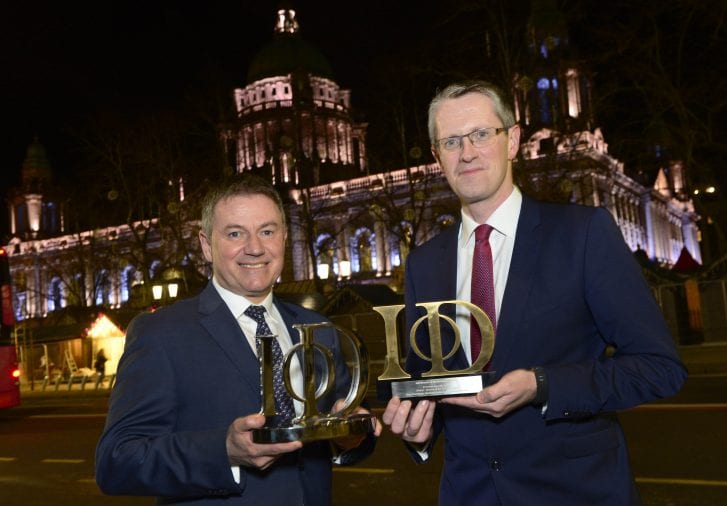 Business leaders have until 1st February to enter this year’s Institute of Directors (IoD) Northern Ireland Director of the Year Awards.

The awards, sponsored by First Trust Bank seek, to honour the best performing directors in the private, public and third sectors across the region, with category winners then considered for the UK-wide Director of the Year Finals in London.

Northern Ireland-based business leaders have received the Overall Director of the Year accolade twice in recent years including Brendan McGurgan of CDE Global in 2016 while Simon Hunter of Hunter Apparel Solutions was honoured with the award in 2015.

Gordon Milligan, Chairman, IoD NI commented: “Given the level of success local directors have achieved on the national stage, it is clear the Northern Ireland business community comprises some of the brightest and most talented minds in the UK.

“That is something that each year, we at the IoD take great pride in shouting about at our Director of the Year Awards.

“The closing date for this year’s awards is drawing close, but there is still time for business leaders to enter or indeed, nominate a colleague.

“The awards recognise those directors who have displayed the highest standards of leadership across all sectors, and we wish all entrants the very best of luck as they seek to continue the Northern Ireland success story.”

Categories for the Institute of Directors Northern Ireland Director of the Year Awards, which are open to members and non-members alike include:

Category winners will be announced at a ceremony at The Merchant Hotel, Belfast on 17th May and will each then have the chance to be shortlisted for the IoD UK Finals later this year.

For more information about the Institute of Directors Northern Ireland Director of the Year Awards or to submit an entry or nomination, visit www.iodawards.com.