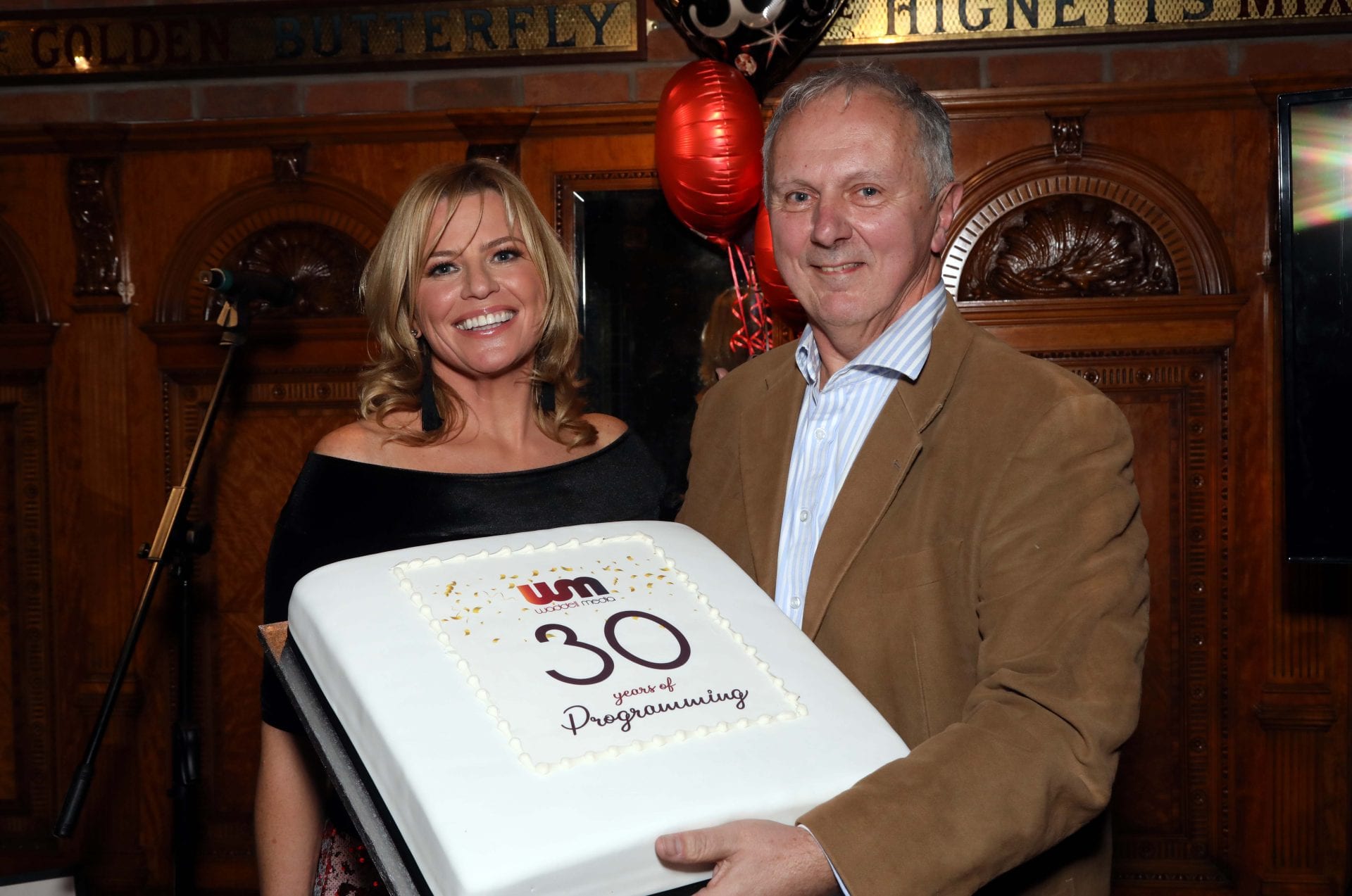 Surrounded by colleagues from the now thriving creative industries in Northern Ireland, Jannine Waddell, MBE paid tribute to her late father Brian Waddell, who had the foresight in 1988 to set up Brian Waddell Productions in Holywood, Co Down, which was the start of the fledgling production industry in Ireland.

“I’m very proud that over the past 30 years we’ve produced well over 300 series, broadcasting in over 80 countries and watched by millions of viewers worldwide.

“My father broke new ground when he started this business 30 years ago and was instrumental in developing the television production industry in Ireland which is now going from strength to strength.  Today Waddell Media has Irish DNA but with a global focus.

“We continue to create successful returnable series like the travel show Getaways, now in its 11th series and At Your Service the hotel make over series for RTÉ as well as new documentaries like Celebrity Meltdown: Britney Spears shortly to be shown on Channel 5, among so many others for broadcasters around the world. We are very proud of our programming, our people and our heritage.”