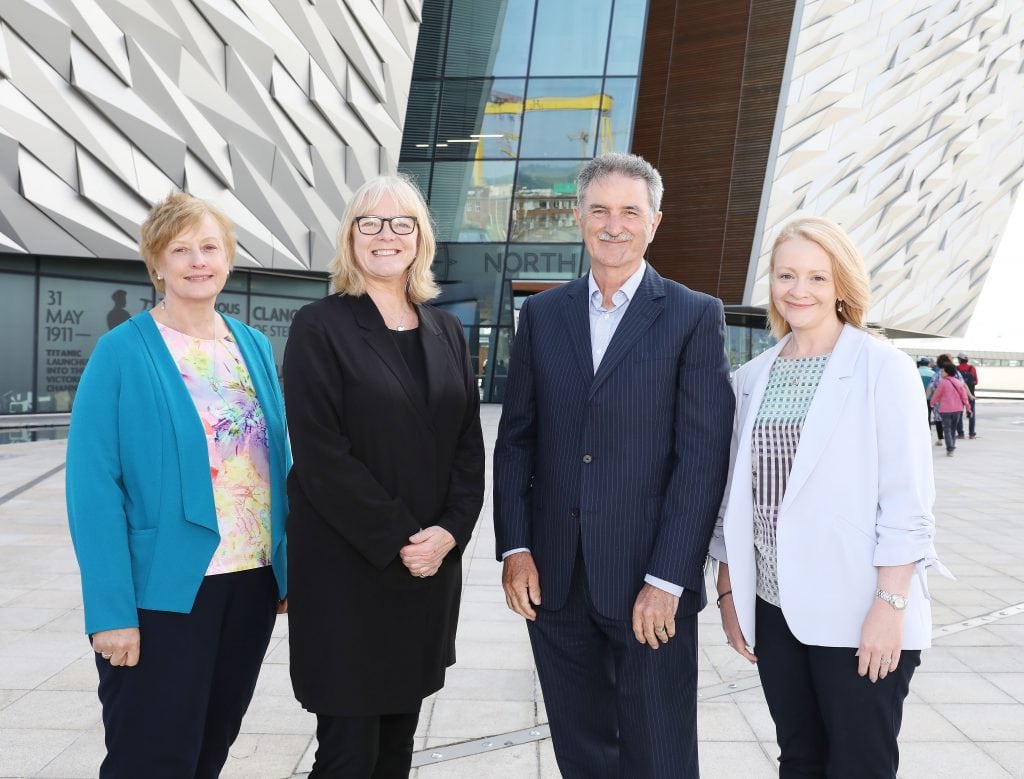 Titanic Foundation, the charity set up to preserve and promote Belfast and Northern Ireland’s maritime and industrial heritage, are pleased to announce the appointment of three new members to their Board following a recruitment campaign earlier this year.

Nicky Dunn, Chair of Titanic Foundation, said: “We are delighted to welcome Denis Rooney, Mary MacIntyre & Alison Dowling to the board of trustees.

“This year Titanic Foundation marked our tenth anniversary by launching the Titanic Quarter Destination Plan, an ambitious plan which considers a range of projects aimed at making the area a globally recognised tourism destination.

“One of our next projects is the Maritime Mile, which will connect the City’s iconic heritage waterfront from Clarendon Dock to Thompson Dock. We look forward to working with our new board members to preserve Belfast’s maritime and industrial heritage.”

Mary worked as a town planner in England and Ireland, in both the public and private sectors.  She was a member of the DOE Senior Management Team, and was appointed Chief Planner in April 2013. Mary was awarded an OBE in the 2014 New Year’s Honours for services to planning and charity and is also an honorary member of the Royal Society of Ulster Architects.

Denis trained as a chartered quantity surveyor and is director of Rooney Smith Associates. He has held a number of Board and Chair positions, most notably as Chairman of the International Fund for Ireland, and a member of the NAMA Advisory Group. Denis was also chairman of the Nomadic Charitable Trust, where he was involved in overseeing the restoration and conservation of the SS Nomadic, and its subsequent transfer to Titanic Foundation in 2015.

Allison Dowling is an experienced communications and corporate affairs director and is currently a Senior Consultant at Ulster University, specialising in Marketing and Communications. Prior to joining the University, Allison led Diageo’s communications and external affairs agendas across GB, as Corporate Relations Director for Diageo Great Britain and was also a former Board Director of the British Brands Group.

Titanic Foundation also celebrated its 10th Anniversary. Over the past 10 years the organisation has celebrated key successes including the delivery of Titanic Belfast, which has welcomed over 4 million visitors, taking ownership of the SS Nomadic and incorporating it into the Titanic Belfast experience, the restoration of the H&W Drawing Offices into Titanic Hotel Belfast and finding a new home for Mew Lighthouse Optic. One of the rarest lighthouse optics in the world, now located on the new Titanic Walkway, which has welcomed over 50,000 visitors to date.