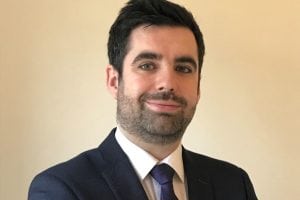 A Chartered Accountant, Tiarnán O’Neill trained with PwC in Belfast and Dungannon working with some of Northern Ireland’s Top 100 companies.

In October 2017 he was appointed Chief Operating Officer to Down and Connor Diocesan Trust one of Northern Ireland’s largest Charity’s.

A recognised leader in the sector Tiarnán’s expertise in corporate governance, risk and can-do attitude has allowed him to work with the Trustees of the Charity to embed the requirements of the new charity’s regime in the organisation.

Tiarnán has made a significant impact on the Charity and its 400 employees working with them to ensure the delivery of the charitable objectives of the organisation and its public benefit requirement.

“Learn from yesterday, live for today, hope for tomorrow. The important thing is not to stop questioning.” —Albert Einstein