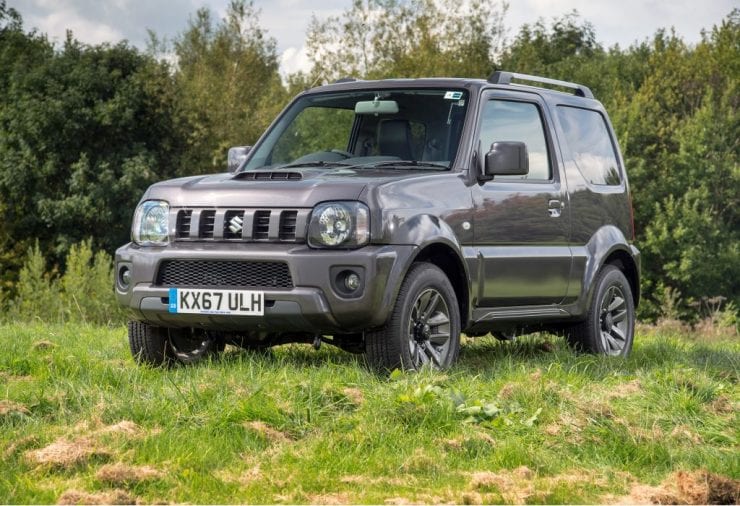 After 21 years since the Suzuki Jimny in this shape arrived on our shores it will be replaced by an all new Jimny in 2019.

The Jimny is a small city car size tall boxy off roader, that’s where it has gained a cult following as it off-road abilities are excellent. This have given the Jimny a niche market following and it is that following that have made the Jimny last so long, well that and Suzuki’s renowned reliability record.

Even more remarkable is that there’s still a market for these back-to-basics off-roaders, built as they are using previous-generation  chassis technology and very little regard for the niceties we’ve become accustomed to. The main appeal lies in its diminutive stature, which gives it a lighter footprint off-road and allows it to be more nimble than the generally massive cars that dominate the 4×4 market today.

The Jimny’s age means it’s much smaller than most modern cars. When you consider the size of new models, especially those equipped with proper 4×4 ability, this Suzuki is tiny. As a result, it’s a doddle to park, and quite easy to move around town in congested streets. While its visibility is good, The tall seating position is not that dissimilar from that of a commercial vehicle with the windscreen being nearly upright, It is quite fun to drive. The 5-speed manual gearbox is light enough, if not particularly precise (an auto is also available), but the steering requires a lot of turning to get it from full left to full right, and the car takes a while to respond to your inputs. But it’s off road where it shines – it’s easy to engage four-wheel-drive and low-range, at which point it becomes one of the most useful small SUVs on the market.

On the road, the Jimny is quite utilitarian, with a bouncy ride, slow steering, spongy brakes, intrusive engine noise, poor motorway refinement and lots of wind noise. The only engine choice is a 1.3-litre petrol with just shy of 84bhp, which delivers a puny top speed of 87mph and slow acceleration of 14.1 seconds to get to the benchmark 60mph . It is capable of returning a respectable 40miles per gallon.

The Jimny is small, inside you can fit four people, although there would be little room for any luggage space as the space between the rear seats and the back door is short. The dash and controls may look a little dated but they are easy to use and you can operate most of the main features without taking your eye off the road, which is more than could be said for a lot of more modern cars.

The Jimny may not be that great on the road compared to the similar city cars of its size, It does have a certain cheeky charm about it and it will be reliable-if you enjoy off roading and use a city car during the week –The Jimny is the perfect vehicle. I suppose it does what it says it will do and nowadays that takes a while to find.