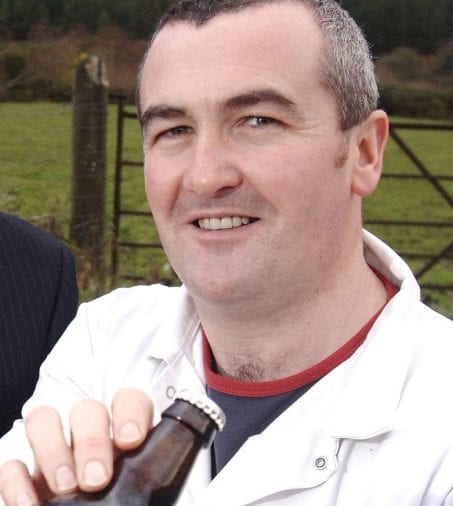 Whitewater Brewery in Castlewellan, Co Down is toasting success at a major international beer festival in Hungary, reports Sam Butler.

The brewery, founded and owned by Bernard Sloan, has won a silver medal in the European Craft Beer Cup competition held as part of the festival in Budapest which attracted entries from most parts of Europe.

The Northern Ireland company, a Food NI member, won the award for its Ewe Rebel (ABV 7%), a novel American pale ale named after sheep grazing the Mourne Mountains near the state-of-the-art brewery.

The competition was a part of the 2019 Central European Brewers Conference (CEBC) in Budapest.

What sets this competition apart from many others was the line-up of expert judges from the US and Europe.

Mr Sloan says: “We were thrilled to win the award at such a prestigious competition for craft breweries. It certainly raised our profile in Hungary. We’re hoping to use this as a vehicle to get distribution there and have already spoken with a potential business that also own bars throughout the country.

“Craft beer is just starting to gain momentum in that area, so good to get involved at such an early stage in its development,” he adds.

Whitewater Brewery is Northern Ireland’s biggest and most successful independent brewer and has a growing export business to markets such as Russia, France, Spain, Japan and Italy.

The brewery has won a series of awards for the outstanding quality and taste of its handcrafted beers, ales and stouts.

These include International Brewing Challenge medals and UK Great Taste Awards for products such as its Belfast Brew (ABV4.6%) and Germanic style Hoppelhammer (ABV6%). It has also developed a bespoke beer, Observatory, for the Grand Central Hotel, Northern Ireland’s latest and most prestigious hotel in the Hastings chain.

The company produces bottle conditioned beers and ales and also supplies products in kegs to customers throughout Ireland.

The brewery was formed in 1996 by Sloan, the master brewer, and provides beers and ales to major retailers as well as restaurants, hotels and bars.