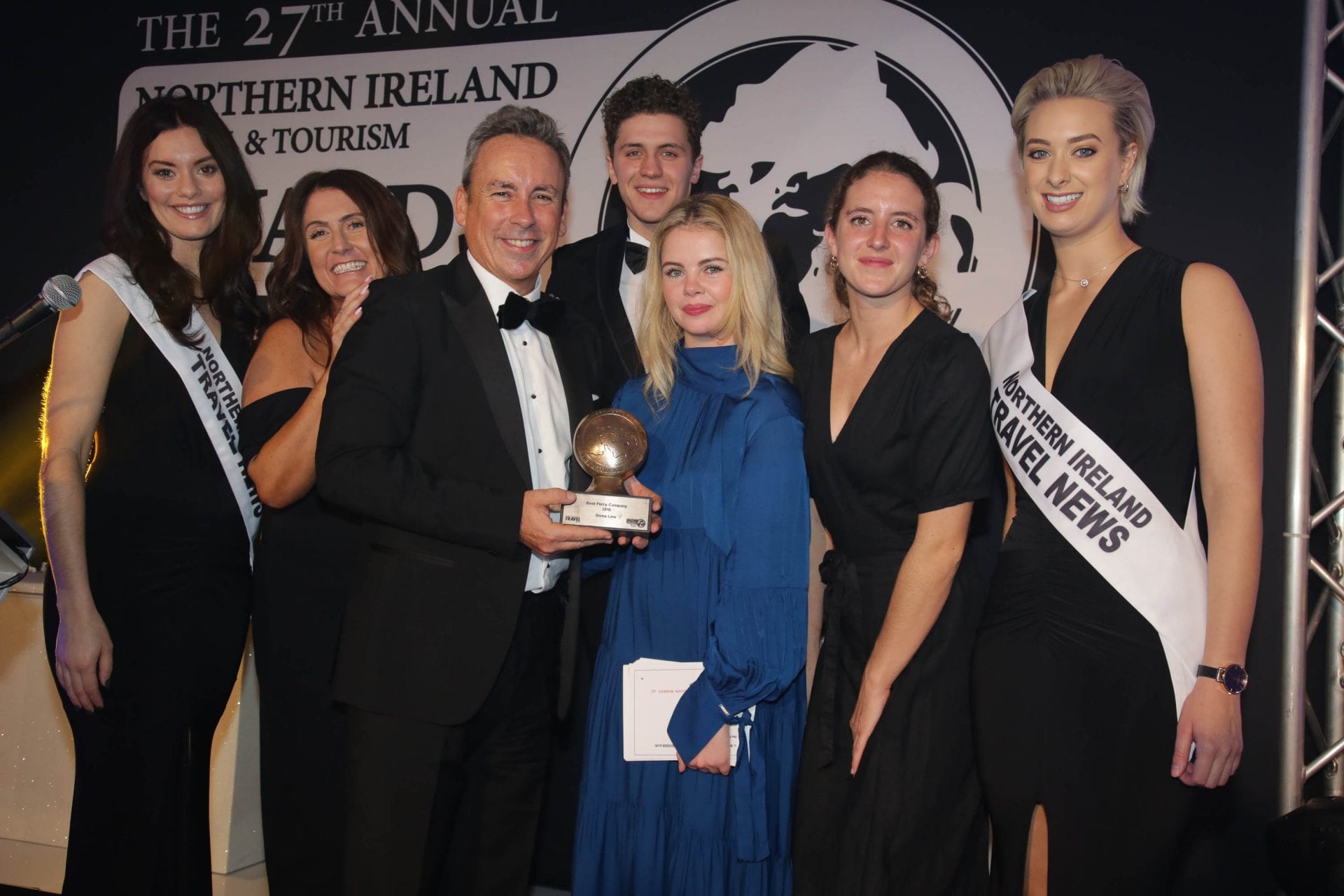 Stena Line is celebrating after winning the Best Ferry Company award for a record-breaking 26th time at the annual Northern Ireland Travel and Tourism Awards.

The award was presented to Paul Grant, Stena Line’s Trade Director, Irish Sea North at the awards ceremony last Friday (October 19) at the Slieve Donard Resort and Spa in Newcastle, Co Down.

The ceremony is organized by Northern Ireland Travel News and is attended by travel industry VIPs from all over the UK and Ireland.   The event was hosted this year by Saoirse Jackson, Louisa Harland and Dylan Llewllyn from the hit TV series Derry Girls.

“The award is a great testament to our total commitment to providing the best ferry travel experience and excellent customer service,” added Orla. To have this recognized by the travel trade and by travel and tourism industry leaders is an honour”.