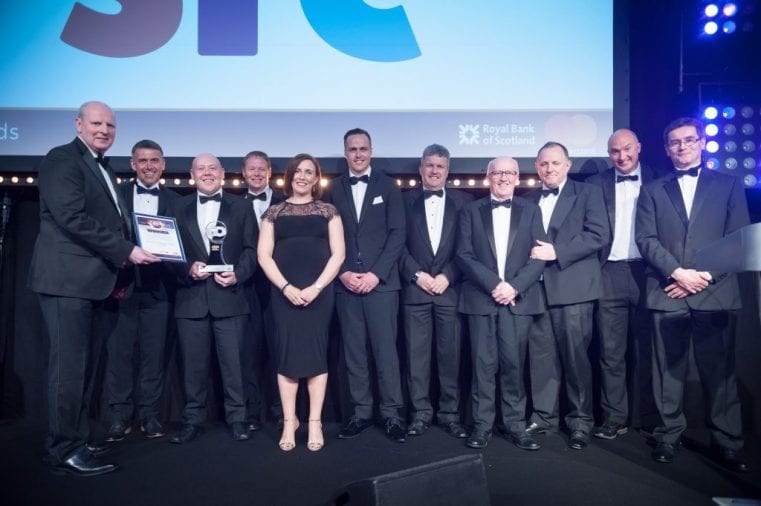 Southern Regional College (SRC) has been officially recognised for excellence in procurement at the UK National GO Awards, securing a top prize for its new landmark educational campus in Armagh.

Celebrating national achievement, the Government Opportunities (GO) Awards included more than 130 finalists from right across the UK and included entries from both the public, private and third sectors including Transport Scotland and Liverpool City Council.

These annual awards celebrate the role which these organisations play in supporting the delivery of public services and are the benchmark by which progress in public sector commissioning is measured.

The new Armagh campus is set to open in 2020 and is part of a £95 million investment by the Department for the Economy and SRC that will deliver three new state-of-the-art educational campuses in Armagh City, Banbridge and in the Craigavon area.

After first securing the top award in Northern Ireland earlier this year, Southern Regional College’s new £35 million Armagh campus was selected as the overall UK winner for ‘Initiative of the Year’ in the Local Government, Central Government and Other Organisations award category at the gala ceremony in Manchester.

Brian Doran, Chief Executive of Southern Regional College, said: “Winning this major UK award following our recent regional recognition, is the result of a focused creative and innovative approach which we have adopted in the procurement and delivery of this significant project.

“The award demonstrates our commitment to excellence and it sets an industry-leading standard not only for the Southern Regional College Estates programme but for also for the sector.

“As a college which puts knowledge, leadership and best practice first in everything we do, we are delighted that construction is under way and that future generations of students and staff will benefit from the world class facilities which will soon be available in Armagh.”

Grahame Steed, Chair of the UK National GO Awards Judging Panel, said: “The UK National GO Awards showcase the depth of innovation, creativity and commitment in place across the country’s procurement community. The judging panel was impressed with the quality and variety of the submissions, which clearly demonstrate the UK’s growth in this area. All of the finalists are to be commended for their outstanding work.”