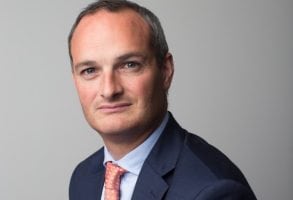 Ross Davidson commenced his legal training with a leading City of London firm in 2001 qualifying as a solicitor in 2003.

Following qualification, Ross practiced as an associate solicitor in the firm’s award winning Commercial Property Group. In 2006, Ross returned to Northern Ireland to join a major Irish law firm and was appointed as a Partner in 2008. In 2013, Ross established his own specialist commercial property law firm in Belfast, Davidson McDonnell.

Davidson McDonnell has grown rapidly in the 5 years since its inception to the point now where it is regarded as one of the leading Commercial Property law firms in Northern Ireland as well as expanding into the areas of Corporate/Commercial and Dispute Resolution. Ross is the current Chair of the Northern Ireland Commercial Property Lawyers’ Association and is recognised as an industry leader in the leading legal directories Chambers & Partners and Legal 500.

A former boss once told me that you should never recruit anyone who is not better at what they do than you are! I have adopted that approach in expanding my business to ensure that we have the brightest legal talent at Davidson McDonnell.