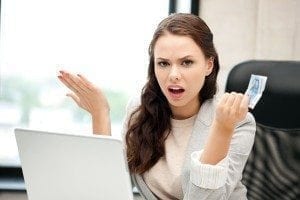 Consumers prefer to look for businesses online, yet more than half of local businesses lack a website, new research from hibu reveals

Small and medium-sized enterprises (SMEs) in Northern Ireland are making themselves invisible to potential customers because they are not keeping pace with consumers’ preference for using the web and social media to find local businesses, new research from hibu reveals.

The research found that SMEs significantly underestimate how active consumers are online.

More than half (53 per cent) of SME employees in Northern Ireland said their business did not have a website, and only around a third (31 per cent) think that their customers actively use the web to search for products and services. In fact, the real figure is actually more than 2 ½ times higher, with 80 per cent of Northern Irish people using search engines to research new local businesses, making it the most popular way to find new products and services.

This mismatch means that SMEs could be missing out on a significant amount of business. Almost half (48 per cent) of Northern Irish consumers said that they would be less likely to visit or call a business that did not have a website. Of local SMEs without a website, 68 per cent said that they did not need one.

The research also revealed that Northern Ireland’s businesses are seriously underestimating consumers’ use of social media: only 43 per cent of businesses believe their customers are not very active on social sites, whereas in reality 74 per cent of consumers are regular users of Facebook – and 26 per cent use social media to research local businesses.

The research was conducted online by hibu, a leading provider of marketing services to businesses, which polled SMEs and consumers in Northern Ireland and nine major UK cities[i]. Other findings from Northern Ireland include:

David Malone, Northern Ireland Regional Manager for hibu, said: “Almost two thirds of consumers in Northern Ireland tell us that it is important to them to use local businesses, but businesses can only take advantage of this local loyalty if they can be found where customers are looking. If businesses don’t have a website, they are essentially invisible to the four fifths of Northern Irish people who use Internet search as their preferred method for finding local businesses.

“Smaller businesses often find the prospect of getting online daunting, but the research shows that failing to have a web presence is not an option. To be competitive, Northern Ireland’s smaller businesses must be as active as their customers in the online world. The good news is that today you don’t need any technical skills to set up an informative, regularly-updated website that will make your business visible and attractive to customers, and optimised to look good on every device.”