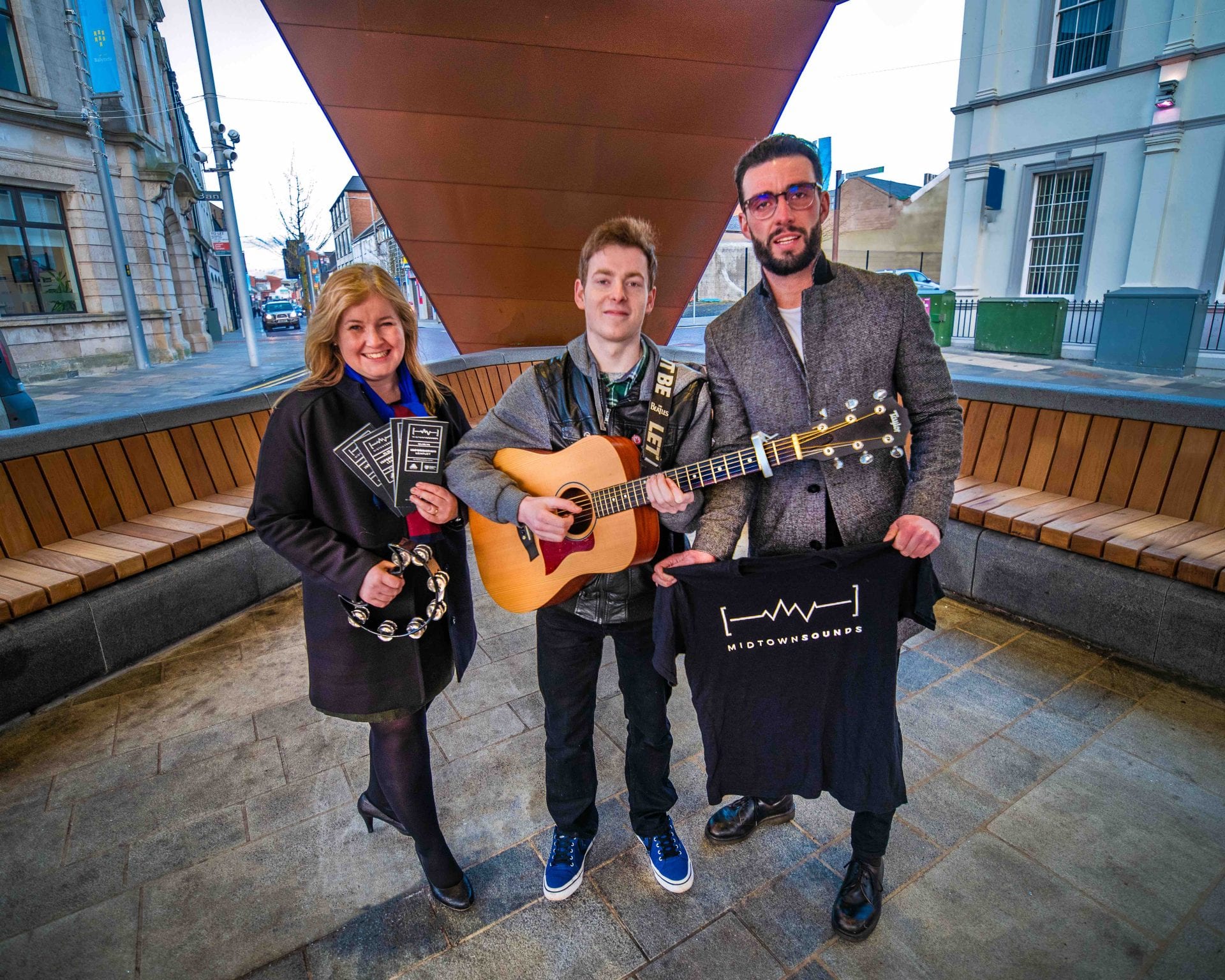 Following the success of last year’s Midtown Sounds, Ballymena Business Improvement District (BID), has announced that the eagerly awaited music event will be making a welcome return to the town centre on Saturday 23rd February.

Organised in association with Mid and East Antrim Borough Council, Midtown Sounds celebrates local talent across a range of genres and provides up-and-coming artists with a platform to perform. A range of live performances are planned at various shops and eateries around Ballymena Town Centre, as well as the Harmony Hub.

First launched in 2018, Midtown Sounds received a fantastic response from artists, local traders and those who attended the gigs, however the organisers are confident that this year’s event will be even bigger and better.

Speaking about Midtown Sounds, Ballymena BID Manager, Kathleen McBride said, “We are hugely excited about the return of Midtown Sounds for its second consecutive year. The feedback from last year’s event was more positive than we could have anticipated and I have no doubt that this year’s event will be even better.”

Kathleen continued, “With assistance from Mid and East Antrim Borough Council, we have secured performances from some of the best musicians locally and from across the province and we’re delighted they have agreed to showcase their talent at Midtown Sounds. The town centre will be resonating to the sound and beat of young, local talent, adding to the shopping experience on Saturday afternoon.”

The first event, as part of Midtown Sounds, will be on Thursday 21st February with a screening of the highly acclaimed Bohemian Rhapsody at The Braid Arts Centre. The official launch will take place on Friday 22nd February at Follow Coffee on Greenvale Street, with the launch of the Midtown Sounds music videos, as well as live music performances throughout the night.

Midtown Sounds officially kicks off at 11am on Saturday 23rd February with performances in over 20 local businesses, as well as The Harmony Hub. Where possible, each performer has been placed in a venue which reflects the ambience of the store.

Joe Rocks, Arts and Events Assistant at Mid and East Antrim Borough Council, who is also a respected local performer said, “This year’s Midtown Sounds is shaping up to be another excellent event. Once again, we have a high standard of performers who are some of the best up-and-coming artists in Northern Ireland.

“Seeing the success of last year’s performers, Runabay, instills confidence in our performers that Midtown Sounds really is an excellent stepping stone for getting their name out there. Working in partnership with the BID strengthens the appeal of the event and we’re pleased that so many traders have once again committed their services to Midtown Sounds. We’re looking forward to another successful event!”

Following their performance at last year’s Midtown Sounds, local band Runabay, went on to sign a deal with AMA Music Agency and will release their debut album in 2019.

Performers this year include Ryan Price, Rebecca Hall, Conor McAuley, Jedidah Shanks, Dean McKay, Daryl Ball, Eoin Agnew and Erin Fullerton. Further acts will be announced in the run up to the event.

For more information on this year’s Midtown Sounds, check out the information below or visit the Braid Arts Centre website at www.thebraid.com, Ballymena Means website www.ballymenameans.com or Facebook @thebraidartscentre and @BallymenaMeans.